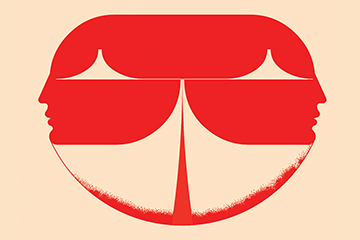 Autoplacer is back for two days of concerts on the terrace at CA2M Centro de Arte Dos de Mayo. This year’s event will be very special and adapted to the so-called new normality.

This year’s festival will be taking all the safety measures recommended by health authorities for live music events. That’s why this year the festival will be held in the open space of the terrace, which will be decorated by the designers Prieto & Cuervo, and the size of the audience will be limited to ensure social distancing.

Likewise, to make sure that the numbers comply with the current health measures, tickets must be booked beforehand using the form to be found in our website. However, you can only book for one of the two days. Bookings will be accepted until reaching the limit.

Besides, this year Autoplacer is joining forces with Red de Apoyo Mutuo de Móstoles [Mostoles Mutual Support Network], a local independent self-run community organisation that provides mutual support among equals and manages a solidarity food bank. CA2M and the organisers of the festival encourage all the attendants to the concerts and the participating groups and collaborations to make a contribution to the food bank with basic food stuffs at the entrance to Centro de Arte Dos de Mayo on the two days of the event.

With the collaborations of:

Ajuar. Ajuar revives and revamps the music and dance genre of La Jota from Leon and Extremadura from a feminist angle. Ajuar is made up of Ana and Corazón, a tambourine and a mortar.

Rebe. Entering Rebe’s world is more than stepping into their liquid, evanescent, analogical, toy-like, sensual and supersoft bedroom pop. It also means wading into their disturbing aesthetics, lyrics and punctuated writing and into their baffling videos, all those things that make it difficult to boil Rebe down to just their ditties.

Morreo. Morreo is the Madrid-based Andalusian-rooted pop duo of Germán and Joseca. Following last year’s release of Cluedo, their first single, they have prepared a barrage of new melodies with guitar and a play of voices that bring to mind the mythical Los Brincos.

Pantocrator. A combo from Barcelona led by Marta Delmont and Marina Correa and their inexistent emotional control, with Xiri Romaní on drums, Rober Busquets on guitar, and a live sound that fuses powerpop and garage peppered with loutish realism. Maybe you don’t know you belong to the Ministry of the Basics, but they do.

Tzetze. With around thirty concerts to their credit, Claire and Raúl are no shrinking violets. This duo focuses mainly on experimenting with rhythms through repetition and on compositional and stylistic disorder, leaving no room to talk about specific genres or exercises in style.

Polseguera. Everything Tomeu Mulet, Polseguera’s frontman, does has to do with loss, undermining any reality we believed to be solid. Their album Vida Grisa is like a still life painting created from an emotional wound, evoking memories which might be beautiful in themselves but are no longer alive: youth is long gone, replaced by an emotionally drained routine. The result is cold but wholly human.

Somos la herencia. Somos la Herencia is one of the best kept open secrets of Spain’s underground scene. The Madrileño band make their debut with Dolo, a sonic prayer book sure to become the soundtrack of a whole era. With a sound somewhere between the urgency of post-punk, experimental contemporary electronics and atmospheric dark-wave, they combine minimalist sound design with maximalist punk abrasion.

Toys Sarasas. After their first incarnation around 2000, Toys Sarasas regrouped in 2009 after seeing Sandra Montiel in action in Torremolinos. Their influences can best be described as Benidorm’s and Torremolinos’s best transvestites meet low-fi crust, hardcore, gothic and extreme metal. From Disrupt to Rocío Jurado, from Cheb Bello to Napalm Death and Niña Pastori’s first two albums.