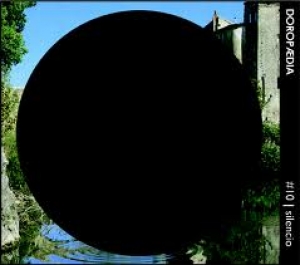 Silence is a polysemy concept that can be used to describe different situations in different contexts. The idea of silence encompasses both literal and symbolical lack of sound in which poetic images, theories and historical analysis on social phenomena, spiritual processes or personal pacts can take part.

Besides, noise is the necessary counterpart of silence noise, sort of an inseparable marriage passing the baton from one to another throughout our perception. Music contemplates silence as a seal between passages, as a dilatation of the space in blank, or as a previous clear call to harmonic change.  In fact, silence can be a communicative resource or a musical measure, but what does it happens when silence comes from a society in conflict?

18:30 H. Round table: The Politics of science. Perspective from the intellectual and artistic practice.
Presented and moderated by Daniel Granados (Producciones Doradas/ Doropaedia)
Lecturer: María Ruido, Traficantes de sueños (Julia Millán Bermejo), Tres.
This round table aims to deal with the idea of the already suffered silence from politics, understanding politics as all that which make references to the capacity to decide about the subjects of the life in society and found and alter, not only the law which governs human society but the its perception. Lecturer will approach the concept explaining the way they understand and board the idea of silence from their intelectual and creative practice (documentary, artistic or editorial).

19:30 H. Concierto para apagar by Tres -Concert to turn off-
Tres will perform one of its last "concerts to turn off". The audio from DOROPAEDIA will be the result of this performance, which will be live and recorded placing mics around the venue to register the progressive silence which will take over. The “Conciertos para Apagar -Concerts to turn off” are based on the careful listening of the continuous sound set within the venue during the process of gradually turning off and depending on its function and intensity up to maximum possible level of silence. We will then assist the surgical dissection of the background of our auditory life, the shapeless mass of blows and hums that floods the public, working and domestic spaces where there are running machines. Through a gradual turning off process of all sounds, we will witness the discovery of sound landscape increasingly crisp and sharp in line with increasingly presence of the silence. The final destiny of this sonoric journey is the new milieu  resulting from repositionating silence within its natural threshold.  Now, the quality of listening is perfect.

20:30 H. Projection of El Plan Rosebud 2, 2008 by María Ruido
Within her practical investigation on the collective memory, started with “La memoria interior” -"The inner memory"(2002), María Ruido presents a critical maping on the politics of memory finding testimonies, observing them, dialoguing with them and structuring them, in four parts and three intermidiates, so they question  embedded ideas in the public sphere. This second act of Plan Rosebud addresses the last years of Francoism (and the companies which were born with), transition (as elite agreement) and post (with the explosion of the punk and movida movement) viewed from the knowledge of private individuals and of members of the social movements which emerged   parallel to political parties. The study case in centered in  Galicia, although easily extrapolated to the rest of States, which can be also compared to what was happening in the Great Britain of Thatcher.

Tres
Multidisciplinary artist focused on the investigation and experimentation with silence. Silence cocktails,  Blackouts or complete turning off of buildings, clandestine actions, videos, exhibitions, installations and all kind of ceremonies are some of the multiple ways that Tres has translated silence in the last 15 years. Today, Tres is focused on the search of a more conceptual mean and less experiential to approach silence. This change of direction mainly follows the interest in considering some negative aspect of this phenomenon which remained unexplored,  mostly those from the political and comunication fields. She is curating  her second and consecutive cycle of exhibitions for Espai del Fundación Joan Miró in Barcelona.
http://elsilencio.com

María Ruído
Videomaker, cultural investigator and producer, developing from 1996 interdisciplinary projects about the social elaboration of the body and its placement within the imaginary of works, as well as the mechanisms of memory construction and its relation with the narrative manner of history. Nowadays,  living in Barcelona where she is professor at the Design and Image Department from Universidad de Barcelona, where she also is part of study groups on representation and its contextual relations.

Fran Meana
is artist and has displayed in exhibition such as: Basado en hechos reales, Artium, Museo Vasco de Arte Contemporáneo, Vitoria-Gasteiz. Antes que todo, CA2M, Centro de Arte Dos de Mayo, Móstoles, Madrid. Everything is out there, La Casa Encendida, Madrid. 89Km., MARCO, Museo de Arte Contemporánea de Vigo/ CGAC, Centro Galego de Arte Contemporánea, Santiago de Compostela. When asking him about his contribution to Doropaedia, Fran addresses the experience of John Cage in Harvard in the early '50: “In 1951, John Cage visited the anechoic chamber of Harvard University. Cage entered into the chamber expecting to listen to silence, but, instead, he listened two sounds, a high and a low one. When explaining to the sound engineer, he said:
-'The high sound comes from your running nerve system. The low sound comes from your blood circulation.'“

Traficantes de sueños -Dream dealers-
Traficantes de sueños is a polifacetic project constituted in the nineties with the intention to be a space for training, reflection and meetings for alternative and social movements. Seeking to go beyond  that scope, it is intended to play its part to enrich debates, sensibilities and practices which aim at transforming that stage of things. Nowadays, it is composed by a library, a self-manage distributor ‬and an editorial. The essays have Creative Commons license and are available for pdf downloading  at: http://www.traficantes.net/