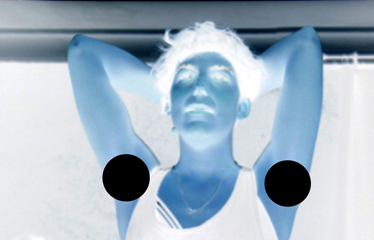 In the context of the exhibition PUNK. Its Traces in Contemporary Art, we have programmed a day of intensity which will concentrate dialogs, performances, and concerts related to punk. Furthermore, we will introduce the selection of publications made by Sergio Rubira for the library of the Center, and that will remain open until the end of the exhibition.

18:30 H. OPENING OF LIBRARY SELECTION AND PRESENTATION BY SERGIO RUBIRA: FROM ROCOCO TO ROCKOCÓ: AN INTERMITTENT HISTORY OF SUBCULTURES
LIBRARY

This conference is proposed as a route through the history of some of the fundamental subcultures, starting off with some notions which could be associated with the fanzine Rockocó, published by photographer Miguel Trillo between 1980 and 1984, and with the pioneering essay on punk, Subculture. The Meaning of Style, by Dick Hebdige, which explains this phenomenon premised on conflicts of race and class. This intermittent history of subcultures will start with exaggerated eighteenth-century macaroni; it will continue with nineteenth-century dandies and bohemians, and with the avant-garde Dadá-dandies; and it will end with the punk movement and its crimes against style.

Discoteca Flaming Star (Consuelo Guijarro Rincón, CGB, WM), “Hate Verses”. As their contribution to the night, DFS will première a performance inspired by the sober drunkenness of Dorothy Parker, and Guy Debord's thoughts on Asger Jorn's "Le Jardin de Albisola", among others. Black lollipops play around in your mouth while you suck on poetry and perfume.
http://www.discotecaflamingstar.com/

A performance based on the piece Box Sized DIE Featuring..., by artist João Onofre. With the participation of Spanish Death Metal band Avulsed.

Three people, two races. Don't be fooled, there's no Lavapiés hippie multicultural aspect to this band. From post-everything to the principles of when there was nothing. Primitive and noisy. From the idea that backing vocals are for melodic hardcore, voice is the point of rupture with anything that might resemble music.

And here they are. They like drinking, and they have a Bandcamp account with some advance tracks of what will eventually be their first LP:
https://afilador.bandcamp.com/

Wanda y la Mujer Pantera are a punk duet (bass and drums), who belong to the Solar System, and live in Madrid. As they themselves say, "we play short and visceral songs that arise from the things we love/hate in everyday life, and in this disgusting society".
https://wandaylamujerpantera.bandcamp.com/releases

Juventud Juché was born towards the end of 2012, with no pretense whatsoever. Nevertheless, a few months later, and after more than 70 gigs, in October 2013 they lock themselves up in the studio in order to give form to their first LP, Quemadero. A record made up of 12 songs in which they darken and make more radical their discourse, reminding us of bands such as The Pop Group, Fire Engines, or James Chance & The Contortions, but without ceasing to sound like themselves and like the different influences of their three members.

Type of activity
Concert
Intended for
Anyone interested
Dates
22nd May, 2015
Access
Attendance open and free while places last