PART OF THE RUSE OF THE REMOTE OR VERTEBRAL UNREMEMBERING, 2013 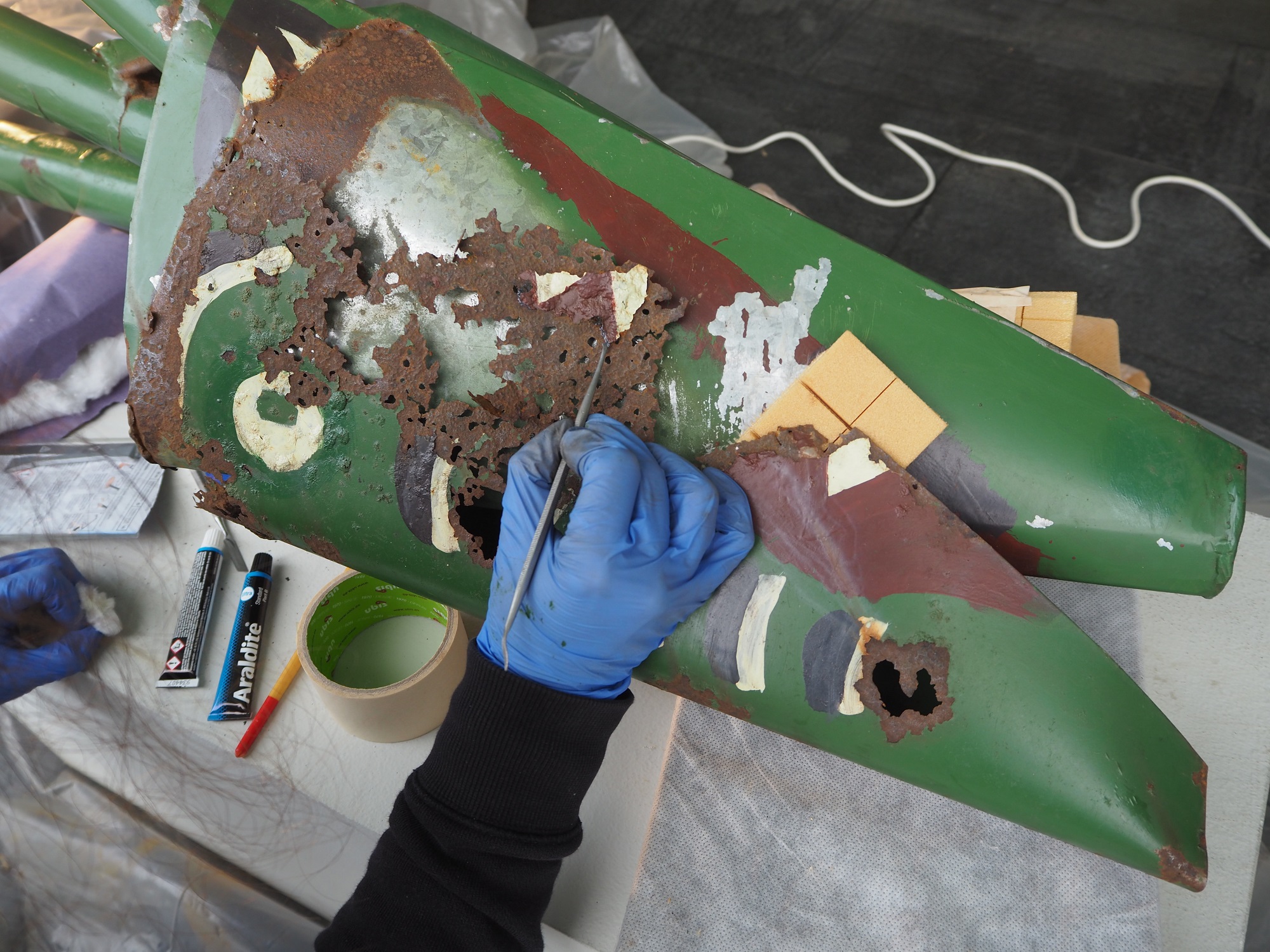 REASON FOR THE REPAIRS

The sculpture consists of welded pieces taken from playground furniture. The top layer was painted by the artist.

The piece is part of a set created for the 9th Mercosul Biennial, Brazil, in 2013. It was later exhibited outdoors in Rio de Janeiro’s Botanical Garden. Then, it was moved to Spain, cut into fragments and welded back together upon arrival in order to be exhibited in the Sala Alcalá in 2019. Following the exhibition, it became a part of CA2M’s Collection and was kept on the rooftop for some time.

The material history of the piece, the various times it has been transported and exhibition conditions were considerations leading to its repair.

Its state of conservation was fragile with damage to its structure caused by rusting that led to the loss of fragments and deformations, loss of metal welding and a weakening of the overall material. The pictorial layer also suffered damage due to dirt, stains, remains of adhesive tape, missing pieces and peeling layers of paint.

The level of repairs to be carried out was agreed upon with the artist and with the institution, yet with the decision to leave some traces of the piece’s material history.
It was cleaned to remove dirt, remains of adhesive tape and peeling layers of paint. The areas affected by rust were stabilised and loose flakes of paint were fixed in place.
The support was secured with cold welding, fastening elements and structural reinforcements. This was followed by chromatic reintegration and the application of a coat of acrylic film to protect it from the elements.