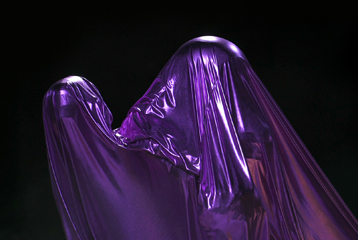 Yabba is a cosmos with its own order, its own rhythm and its own systems in movement that invites spectators to enter a new logic. A hybrid of different technologies, an amalgam of entities in constant transformation in time that produces other things in the encounter with those who observe them.

Things that transpose images, concepts, ideas, emotions that happen precisely at that moment of encounter with the entities of this deformed and changing cosmos.

A kind of being that is everything and nothing, is full and empty, that takes all forms but which still does not have any yet.
Yabba is there, changing, mutating colour, sculpting forms, unfolding its materiality… This state of constant transformation proposes an attentive gaze that pays attention to the inability to name what is happening. Looking after all these indescribable forms opens up a new possibility of interrelating that is removed from measurable values.

Type of activity
Performance
Intended for
Anyone interested
Dates
29th NOVEMBER 2018 / 20:00 — 21:00
Access
Tickets may be collected one hour beforehand