GOOD PRACTICES IN TIMES OF COVID 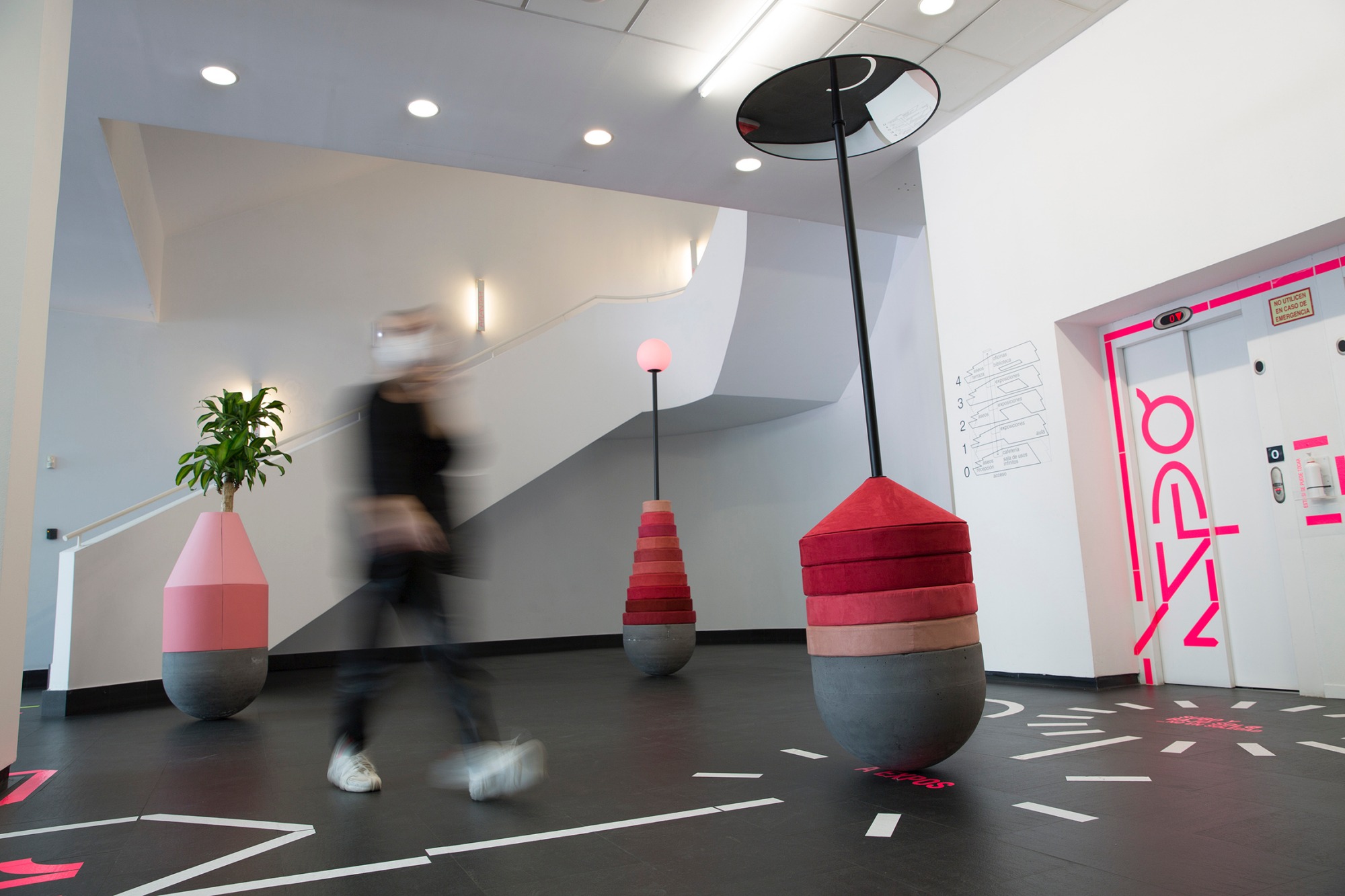 At this moment in which the institutions continue to adjust to the circumstances and provisionalities of the current health situation, the CIMAM has wanted to highlight the proposal, which in the physical field, the Museo Centro de Arte Dos de Mayo has made to adapt to the new uses of the spaces with the project:

A LOW INSTITUTIONALITY SCORE TO ADAPT OURSELVES TO COEXISTENCE DURING COVID TIMES.

“In times of climate emergency, we decide to learn from a global pandemic through the decision to situate (locate) in the local the institutional practices of a museum of contemporary art. We position the bodies of humans, plants and animals in the center of our policies, attending more than to ideas or communities to different coexistent choreographies in an innovative way. This project shows also the importance to give attention to the minor instead of the spectacular ways”.

That’s why, rather than the usual administrative language the situation would seem to call for, CA2M responds to the temporariness of the emergency by maintaining an open, welcoming spirit, and responding to the following question: How can we generate a friendly, caring, navigable and playful place which also makes us think?

The idea behind the museum’s new signage is to clearly convey the new protocols for social distancing. And it does so with a system that goes beyond the usual simple instructions and takes over all the museum’s spaces for circulation. With this end in mind, it conceived a visual and verbal language that helps to interiorize the new rules for circulating and interrelating, turning what is otherwise compliance with health and safety rules into a participative choreography.

The second experimental stage in the museum’s spatial design is seen as the next step in the ‘demilitarisation’ of transit and relationships based on different protocols to bring about new rituals for enjoying common spaces.  Entre (Between) has been designed by Studio Animal as a light and reversible vertical and volumetric expansion that encourages the normalisation of emotions in a situation of pandemic. These ‘roly-polys’ are turned into performative agents owing to their inherent contradictory complexity – they display both a sharp geometry and soft warmth, while exhibiting an instability that is challenged by their slenderness – in a spatial grammar that highlights their anchored nature. Entre manages to casually structure this coexistence by means of a series of structures set on a spherical base that delimit the transit spaces of the museum.

On the terrace of the Museum there is a crossroads of approaches between the architecture and the Museum's program from an ecological, experiential and formal point of view. In the care of the small shadows is a piece conceived by the artist Elena Alonso as a sculpture that can be inhabited by bats, a kind of house-refuge for these mammals that are currently in a situation of vulnerability. A construction organized as an architecture of holes, a conglomeration of small openings and a multitude of narrow chambers where this new user of the Museum can stay. At a time when the phobia to Chiroptera has increased due to the alleged relationship between flying mammals and COVID-19, it is even more important to point out their role in urban biomes. This intervention considers the Museum as part of the cultural system but also as an active structure of the city's ecosystem, recreating itself in the urban and approaching the surrounding landscape, thinking about the natural from within the city.

In an institutional framework where the human and the non-human are already forced to coexist and function on the same level, these projects invites the different participants to become performative agents of the museum itself, on an equal footing.