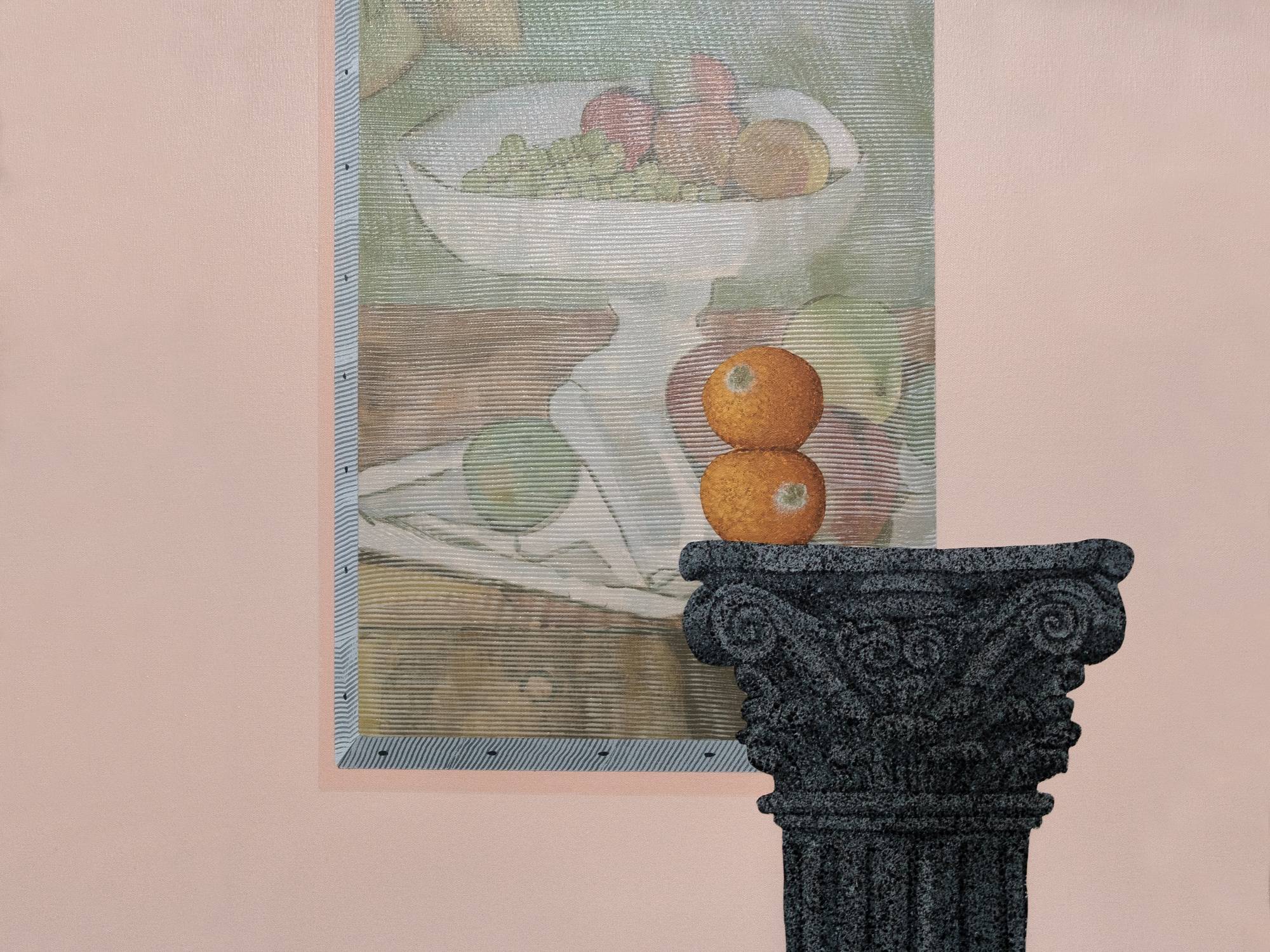 "I grew up in a typical traditional Chinese family in Madrid; I spent my entire childhood drawing at a restaurant table surrounded by spring rolls and sweet and sour pork.
One day while having dinner, Fernando, the upstairs neighbour, said to me:
- Do you like to draw?
- Yes.

- Would you like to learn how to paint for real?
- Ok...
- Then I'll introduce you to my friend Mariano, he's a painter. He’ll teach you in his workshop, don't worry, he won't charge you a thing. Let's go to see him tomorrow so you can meet him, okay?
- ... And that's how it all started, with scribblings on a napkin".

An Wei Lu Li has created a specific pictorial installation for the cafeteria at the Centro de Arte Dos de Mayo Museum, with the sponsorship of Cervezas Alhambra. Mudar costumbre alludes to a 17th century proverb, referring to our capacity for resisting change and to the inherent difficulty in changing deeply-rooted habits, to our resistance to altering our daily lives and interrupting our set routines.

According to his concept of painting, the painting itself is not the end goal, but rather a means with which to alter and subvert space, hence his proposal consisting of a large-scale trompe l'oeil, formed by a series of superimposed images. On the wall, the artist has positioned different canvas formats depicting different parts of still life paintings, decomposing and recovering one of the history of painting’s most popular genres all at the same time.

It is not the first time that An Wei Lu Li has reflected on the perception of everyday objects, since his reality is what feeds his imagination: diary-like drawings on cigarette packets, vases, etc. For him, the disintegration of an image creates options leading to other worlds, with a pacified surrealism, in a sort of immersive installation featuring the low technology of pictorial art.

An Wei's pieces invite us to reconstruct our own world through the detailed observation of objects and textures, somewhere between graphic prints and drawings. His compositions result in scenarios that lead to another fragmented dimension, multiplying perspectives in order to offer a reality that, though not unique, is manifestly diverse.

This project is part of a series of specific artistic interventions produced in and for the spaces of the Centro de Arte Dos de Mayo Museum. Its permanence, as opposed to the fleeting nature of temporary exhibitions, aims to give long-term continuity to the promotion of contemporary art, while introducing a new way of generating contemporary heritage within the institution, unlike traditional collections. In addition to An Wei Lu Li, so far Dora García, Olga Subirós and Elena Alonso have also developed this kind of project.

​ An Wei Lu Li (Madrid, 1990) has participated in several solo exhibitions and has been awarded the Mario Antolín Scholarship for Pictorial Research at the BMW Awards in 2021 and Circuitos de Artes Plásticas in 2020. ..