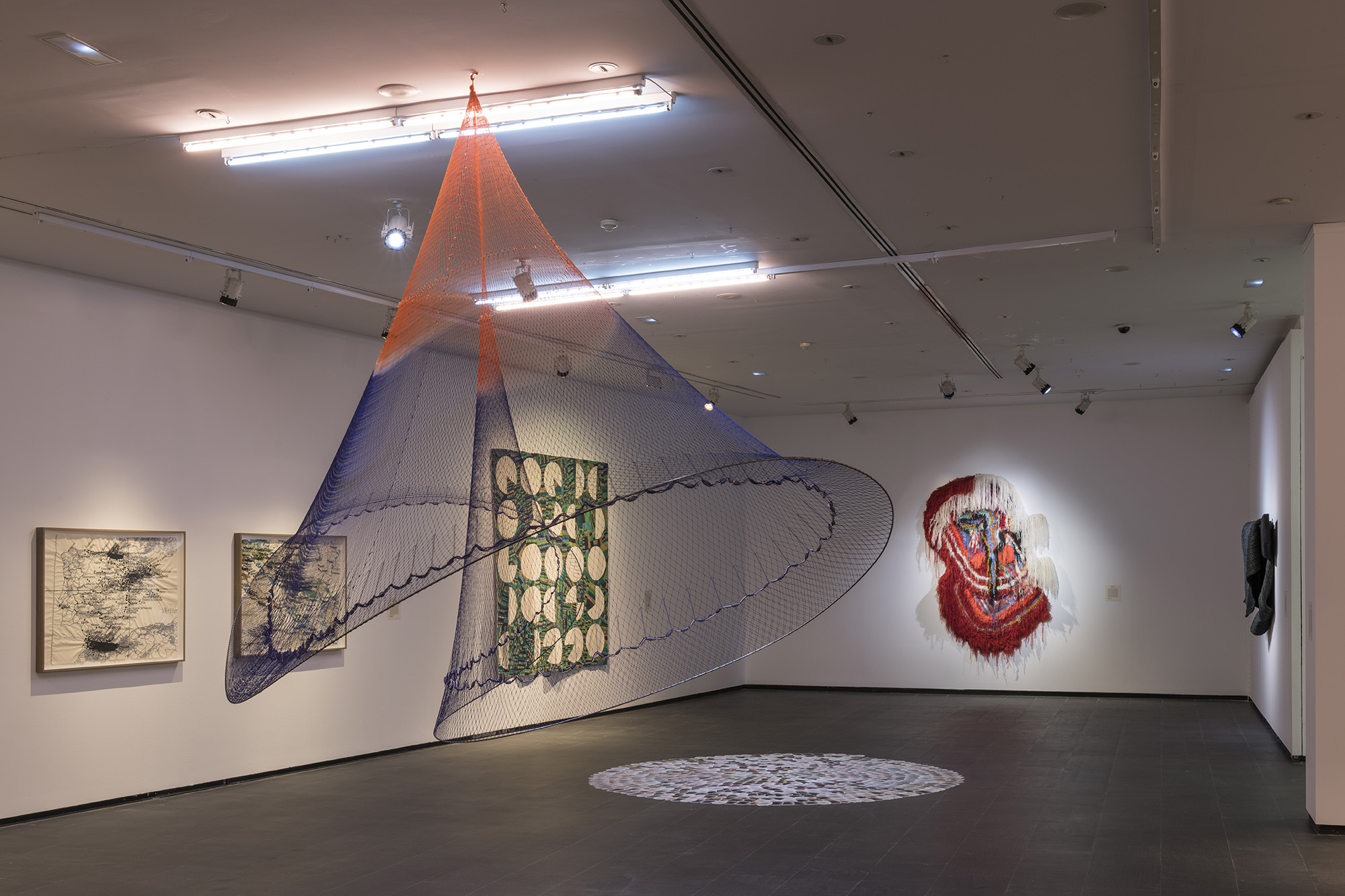 According to anthropologists, textile creation is one of the oldest cultural activities, dating back between 100,000 and 500,000 years. Its history has always been closely linked to the evolution of production methods and social movements.  First, the natural mobility of textile pieces led to trade development, driving cultural traffic that fostered an uninterrupted exchange of techniques and signs for centuries.  Then it played a decisive role in the development of capitalism, regarding both the making of the early wool tapestries that were exported to the rest of Europe from Flanders and the mechanisation of cotton spinning and weaving during the Industrial Revolution in Britain. Finally, the conceptual curator Seth Sigelaub (who worked at the Center for Social Research on Old Textiles during the latter years of his career) recalls that the Jacquard loom was the inspiration for the theories of Charles Babbage whose work would lead to the invention of the modern computer. Over history, textiles have served as a form of technological exchange prompting social transformation and cultural revolution.

But textile making has also long been viewed as a slow, painstaking task and devalued as a domestic activity performed by women.  The fact that textile production processes are associated with nature and indoor activity mean they are intrinsically linked to the footprint left by ethnicity, social class and gender. The key role it played in Modernity as a vehicle for the development of taste (both in the way we dress and decorate our homes) prepared the ground for this private craft to move gradually to the public sphere, as shown by the avant-garde decorative tapestries from the 20th century.

In the 60s, a new course was charted in textile history, as artists from the Second Wave of Feminism began to reclaim the cultural contribution made by the medium. Textiles entered a new political space, forming part of a counter discourse against the male status quo and leading to its contemporary positioning. This traditional feminine labour became transgressive, inserting a matrilineal heritage in the history of art, and answering to some degree the question Linda Nochlin asked in her 1971 essay, Why Have There Been No Great Women Artists?

Text and textile share the same etymological root: the Latin verb texere, meaning to weave. Its tradition is, in fact, linked to its status as a non-verbal language, where all fabric is a form of notation. The pieces in this exhibition, from the CA2M and Fundación ARCO collections, enable us to trace the history of the use of textiles in contemporary art from the 70s to the present day. Moving from late-modern aesthetic or formalist practice towards a vehicle to express outrage or political indignation, as well as moving from productions that review the symbolic aspects of the materials used or figurative references to touching on autobiographical statements or even highlighting the aesthetics of collective trauma… The myriad of techniques and meanings on display show us the importance in contemporary fabric of understanding tradition as a selective tool and the need to research beyond the parameters of linear development in order to piece together the stories the threads tell us when they are spun, knotted or deliberately cut.

Living tradition is included in this display through the local knitting group Tejiendo Móstoles [Weaving Móstoles]. Every Wednesday morning for a number of years, this group meets at CA2M to transmit their housewifely arts in person, highlighting the need to see this manual task as an essential labour in the fabric of society. This exhibition is a tribute stemming from an alternative form of memory and constructed through our collections, but it is also a collective acknowledgement of their practice performed at the heart of this museum. 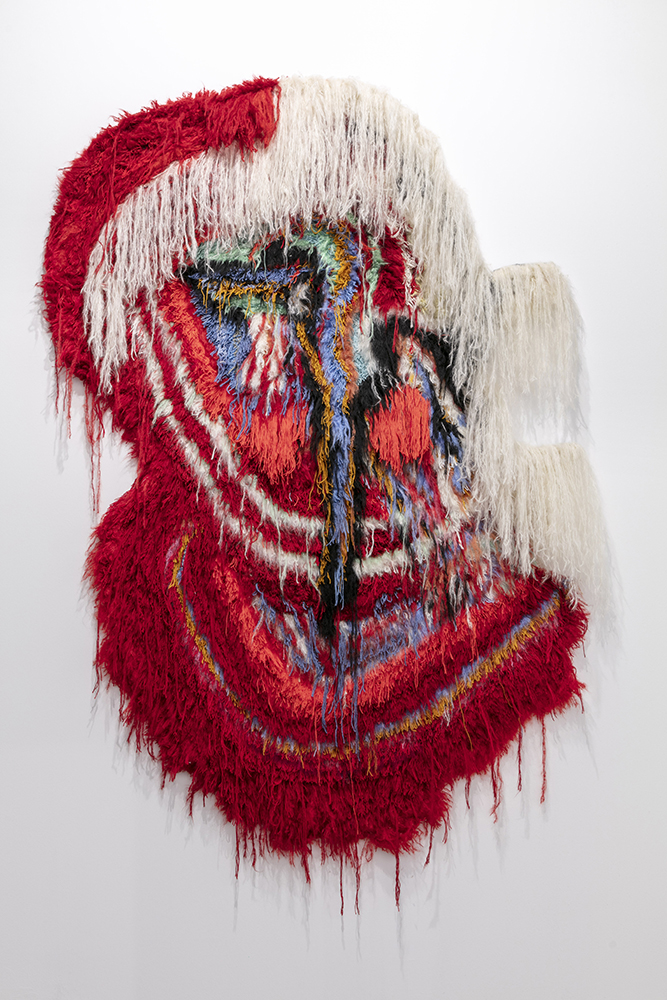 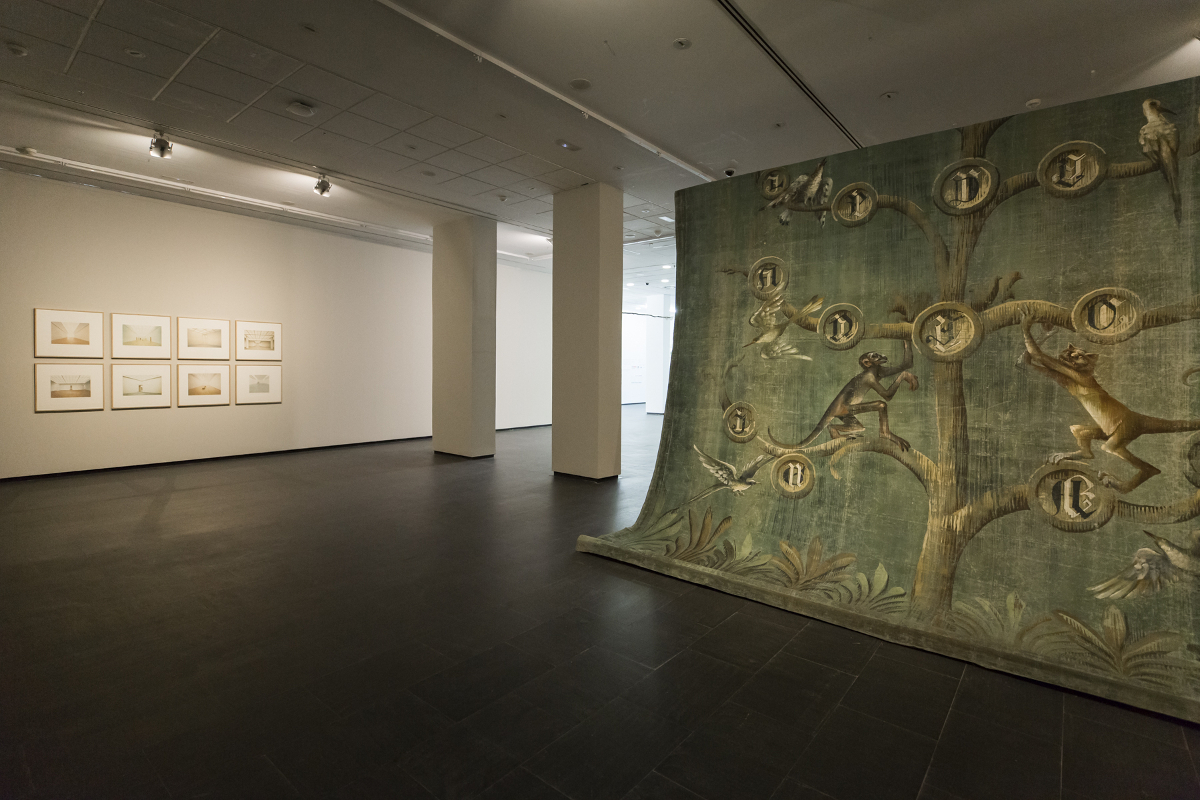 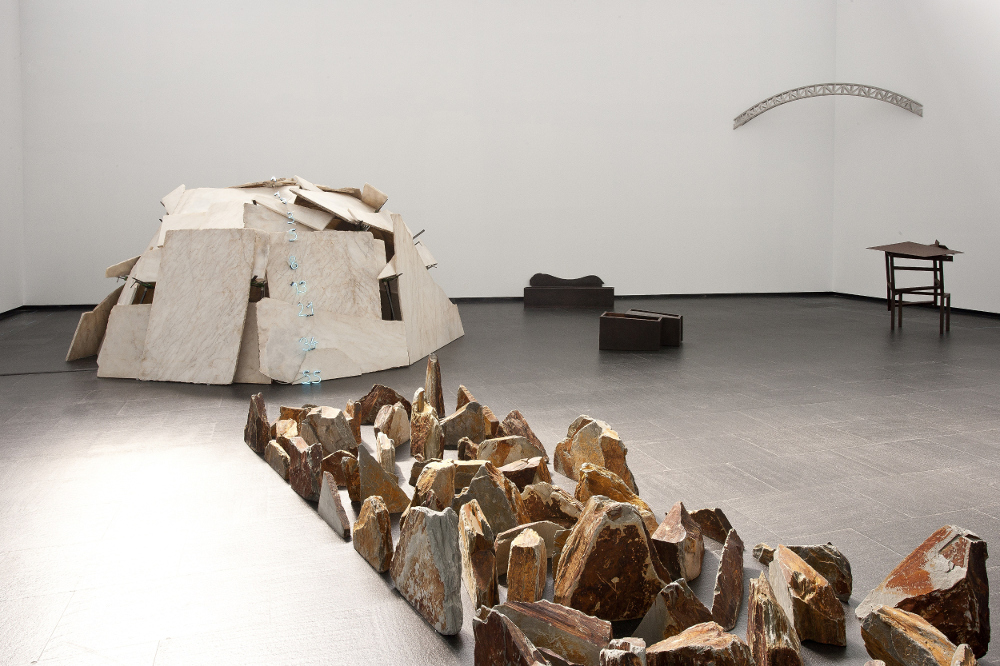 Since museums first came into existence back in the eighteenth century, there has been a tradition of exhibiting that consists in showing sculptures in central courtyards and lobbies, allowing various fragments from the history of art to coexist in the same space, as part of a stage setting designed to be viewed by a comparative gaze.