Trémula is an exhibition by the artist Javi Cruz (Madrid, 1985). It is also the story of a populus tremula—the scientific name for the tree commonly called trembling aspen– which was planted in the 1980s beside the building where he grew up and still lives today in the district of San Blas and was chopped down last year because of a disease. The night when it was felled, Javier took around 500 kg of it up to his apartment and a few days later, with the help of his friends Jacobo and Lorenzo, he loaded the biggest truck he was able to drive with more.

The life of the tree and the life of its remnants are intertwined with many individual and collective stories: graffiti as archaeology, the final days of a bar, an alphabet made from plant forms, the resilience of a domestic plant, a window transmuted into a pot, the pressure a chickpea can exert on a wall, the crystallization of a bottle or even the recovery of one of his own artworks seen here at CA2M, Temple, made in 2018 for the exhibition Querer parecer noche and which consisted in making a wall dissolve.

For Timothy Morton, plants imply the subjunctive mood: longing, desire, uncertainty, possibility. It is the verbal mode from emotional movement to the passionate narrative chain. The exhibition in subjunctive is a place of forced coexistence. Between the natural and its objecthood, language and its materialness, references and relationalities, associations and projections… the exhibition is a world of spectrums. Produced entirely for the occasion, following several months of work in various spaces in the museum and a prior period in the studio, Trémula is an instruction manual for the second life of things, a context conducive to the emergence of both existences as well as narratives, where things become dissident with the real and fiction can become law.

The import of Javi Cruz’s work goes through chains of engagement, of appropriation or collaboration, different ways of ensuring that the work is never that of a single artist, but one that coalesces the pulse of a generation. In this case, he brings on board the lighting design by Cristina L. Bolívar, chemistry consultancy by Alejandro Gómez Pérez, the mycologist input of Juan Luis H. Cardós, and guest pieces by Esther Gatón and Paco Graco, charcoal by Fernando Gandasegui, biochar compost from Iñaki Álvarez produced in Nyamnyam, glass work from the Real Fábrica De Cristales De La Granja royal glass factory and publication design by Andrea González.

In this sense, Javi Cruz has a lot to do with the forms of production currently taking place in Madrid that define its contemporary cultural scene today: a ready responsiveness to political and social events, to give them symbolic power, as well as attention to the preservation of its complexity; an organic and uninhibited fluidity between disciplines, lending primacy to the body and the voice, but also to writing; an extraordinary capacity to calm the narrative anxieties we all suffer from in postmodernity, always from an overwhelming subjectivity but which, at once, is able to make the leap to what matters, to a place of collective memory.

Javi Cruz studied art after giving up basketball and graffiti. He now works on projects related with drawing, stage events, bricklaying and the performative potential of orality and other textualities, which often leads to the design of situations.

Either individually or with the Elgatoconmoscas and PLAYdramaturgia collectives he has worked as an artist in different local and international more or less institutional contexts. He collaborates in performative processes with Cris Blanco (Bad Translation), Claudia Faci (Los trabajos del amor), María Jerez (Yabba, The Stain), Aitana Cordero (Los besos), Nyamnyam (Comida, 8.000 años después) and Cuqui Jerez (Las Ultracosas, Mágica y elástica) in residencies and in shows on the international theatre circuit.

Together with Fernando Gandasegui he runs Bar Yola, a series of crossovers between theatrical creation and pedagogy, hosted in contexts like the Sâlmon Festival in Barcelona, and which takes its name from a bar near Teatro Pradillo, the place instrumental in their formation as both audience and programmers. In 2019, alongside Jacobo Cayetano (Zuloark), he set up Bosque REAL, a platform to undertake a contemporary revision of the natural dimension of our cities, to safeguard forgotten heritage and to re-narrate them from multiple perspectives of recovery. In similar strategies to those that gave rise to Trémula, its first iteration took on the form of a festival from which to address the territory and the biography of the Casa de Campo public park in Madrid. 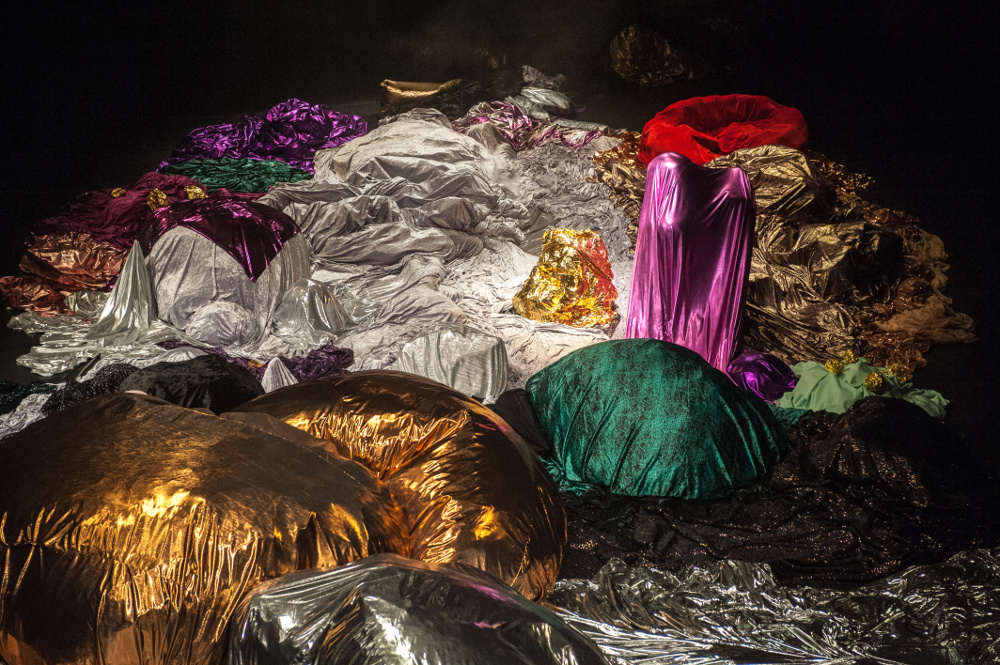