Javi Álvarez and Javi Pérez Iglesias come from the north of Spain and are neighbours in Madrid. They are 101 years old, weigh 159 kilos and are 3.63 meters tall.

They have completed two sets of elementary school, have two secondary-school certificates and three pre-university certificates, have completed two degrees and worked as artists, librarians, musicians, video-journalists with a camera perched on their shoulders, cooks, singers, writers, readers, telemarketers, editors and gardeners.

This editorial action for a picnic is the essence of all these conjunctions. 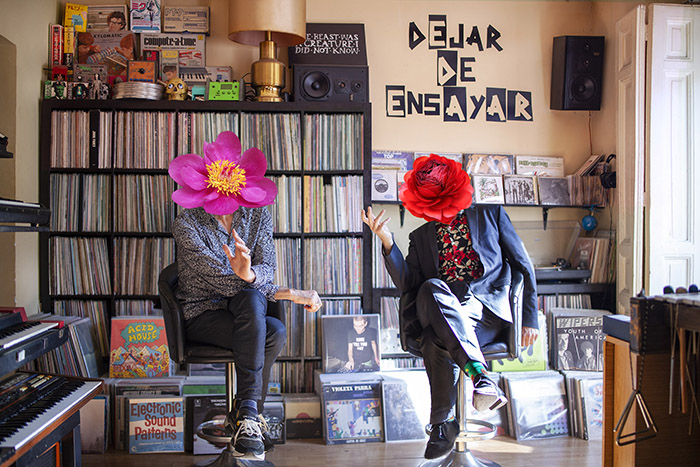 Walk around the perimeter of the museum, measuring the place with your body and the time it takes to walk it. Connect different spaces: the inside with the outside; the exhibition rooms with the loading dock, the stairs and the warehouse. Walk in single file, keeping your distance, always the same distance. Imitate the space. Look from different places and perspectives to bring about unusual routes.

Maider López creates her work by intervening in public spaces and architecture. Her works often require the participation of the viewer, who she involves by making them part of a subtly altered space. She has participated in the Venice Biennale 2005, Sharjah 2009 and Istanbul 2013. She has also carried out projects in public spaces and exhibited in museums such as: Zoom In, Galería Espacio Mínimo; Matadero Madrid; Koldo Mitxelena in San Sebastián and MARCO de Vigo; Les Ateliers de Rennes, 4a Biennale d’Art Contemporain, Rennes, France; Lower Austria Contemporany; Skor and Witte de With, Holland; Centre Pompidou-Metz; SCAPE Christchurch Biennial of Art in Public Space, New Zealand; Chacun à Son Goût. The Guggenheim Bilbao; Caixa Forum, Barcelona, among others. 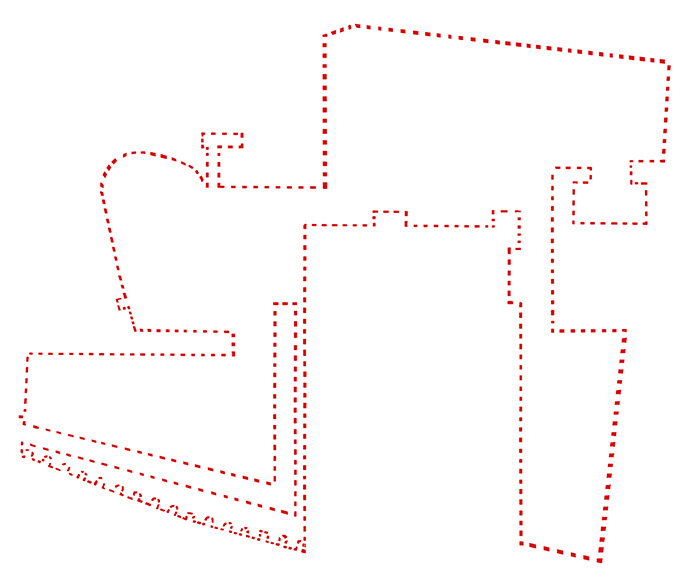 fertile field :: terreno fértil is a vocal composition that constructs itself via the understanding that monuments should be as fluid as the memories that sustain them. By drawing on his Taiwanese roots, Wey approaches song by using tuning and notation systems alien to those of Western tradition to weave a soundscape on the terrace of the CA2M. It is something he offers us: a place to contemplate the space one inhabits, and to honour the constitutive elements it has that lack materiality and physical presence. It is a moment in time where the monument does not impose itself on us but expands and reconfigures itself in multiple ways, in a personal way, so that we can live together.

Enrico Dau Yang Wey is from Taiwan. Wey has been a senior member of the Handspring Puppet Company since 2005; he has performed in plays such as Tall Horse, Il Ritorno d’Ulisse directed by William Kentridge, and the Tony Award-winning War Horse. He also directed the puppetry for the 2013 German production of War Horse.

His performance work has been enjoyed internationally at venues such as Danspace Project (USA), Urgel3 (Spain), Uferstudios (Germany), and most recently he has been artist-in-residence at the Lower Manhattan Cultural Council’s River to River Festival (USA). Some collaborations of note include roles in Shu Lea Cheang’s 3x3x6 works for the Taiwan Pavilion at the Venice Biennale (2019), in Dennis Cooper/Zac Farley’s Like Cattle Towards Glow, and in works by choreographers such as Robyn Orlin, Ishmael Houston-Jones, and Aitana Cordero, among others.

Wey holds an MA in Fine Arts from UdK Berlin (Germany), and has published research through Brumaria (Spain) and Performance Research Journal (UK). 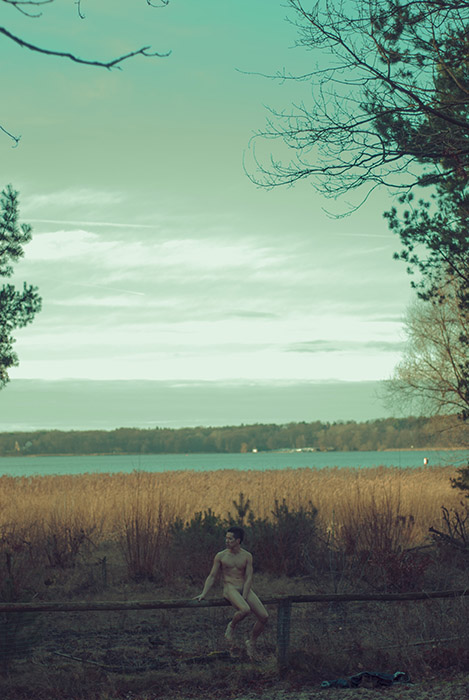