‘ORQUESTA is a musical duo made up of the artists Anto Rodríguez (1986) and Óscar Bueno (1985), two Asturians living in Madrid.

ORQUESTA is the result of years and years of working, singing and playing music together in different art projects, most of them on stage, cinematographic or performative and with a close relationship with music.

ORQUESTA is rooted in a music project that is independent from our stage work. Now, we are presenting our favourite songs, looking for the exact point of what we want to do: finding ourselves at the intersection between electronic, traditional songs, Spanish pop music from the seventies, the melody of our alarm clock and a lullaby.

ORQUESTA really wants to be out there being listened to on a phone, at a concert, on a loudspeaker, be very present and very much in the background. The music we make brims with images and atmospheres, lyrics and melodies

that inhabit the nooks and crannies of the mountains of Asturias and Madrid’s Gran Via. We compose, perform and produce our own music, and are only helped by Lucas Piedra Cueva from Los Telepáticos when it comes to mixing and mastering.’

Artist and performer Óscar Bueno holds a Degree in Performing Arts and Music (Piano). His work journeys between music, sound, the performing arts and performance art: Between the sounds of a performance, sound that travels through space, the scores of sounds and imagined musical writing. He is part of the Poderío Vital collective and collaborates and performs with different artists such as Anto Rodríguez, María Jerez, Cuqui Jerez, Cris Blanco and Amalia Fernández.

Artist and performer, Anto Rodríguez holds a PhD in Research in Humanities, Arts and Education, a Master’s Degree in Performing Arts and Visual Culture (Artea and UCLM) and a Master’s Degree in Performing Arts (URJC). He is a researcher in the theory and practice of contemporary performing arts. His productions include the feature film Frankenstein, winner of the Best Asturian Feature Film Award at the 51st FICX, the stage plays Lo otro: el concierto, La Traviata and Vivir en videoclip: tú, yo, nosotris y un karaoke. Aside from his solo work, he has worked with other artists as a performer or accompanist with: Juan Domínguez, Cuqui Jerez, María Jerez, Óscar Bueno, Cris Blanco and Amalia Fernández. 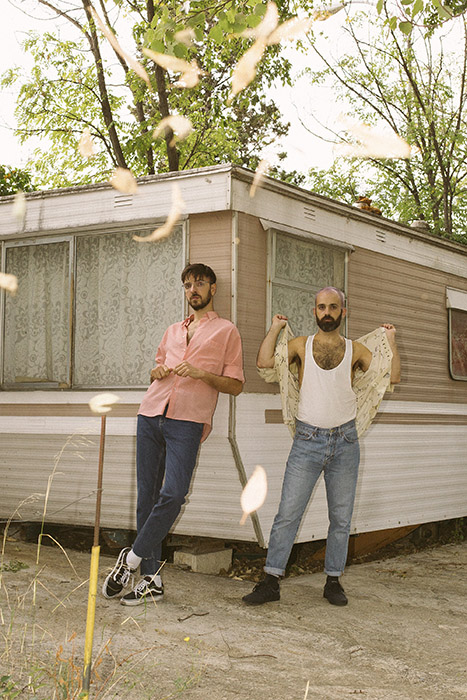 JASSS will be at the helm to bring this edition of Picnic Sessions to a close with a one-hour DJ session. Her sessions, which can be described as high voltage, combine a diversity of genres and unclassifiable sounds that range from electro, techno and EBM, with occasional touches of synth-pop, machine pop and dabs of speed electro, drum&bass and even downtempo music. Her sessions are powerful, raw and versatile, intensifying as they go along. An ending that makes you want to stay and explode at the same time.

Currently based in Berlin, Silvia Jiménez Álvarez aka JASSS, is an Asturian sound artist, DJ and producer. She has been deejaying since she was twenty, and producing since she moved to Holland in 2010, where she started experimenting and composing with field recordings. A year later she moved to Berlin, quickly established herself as a DJ and became a fixture of Mannequin Records Nights at OHM and Säules at Berghain’s. In 2016, she released her first singles on the Anunnaki Cartel and Mannequin Records labels, but it wasn’t until 2017 that she released her first full-length album, Weightless, with the German experimental label iDEAL. Since then, this artist has played live and also deejayed at MUTEK Montreal, Unsound and Sonar, among others. Over the past few years she has complemented her live deejaying with art residencies in places such as EMS (Stockholm), Galeria Zé dos Bois (Lisbon) and the German Academy in Rome Villa Massimo.