Let’s say that the situation is as follows:

A conversation can be a text.

The text can be an offence to the world in order to create new worlds. A world (2) to be the copy of another world (1).

The text is a world.

Editing is creating a text.

Artistic practices can be to create a text.

We copy only that which we like, what we desire, and honestly, we copy far too much. In this way, texts are essentially formed by desire and by other texts, just as a library is formed by books. A series of concatenations also present in the margin notes, the comments or the bibliography that often come to an end because they must, but that could probably be infinite otherwise. Quoting, whether furtively or intentionally, is one of a text’s greatest components. A reproduction that multiplies, widens or shrinks until it becomes a miniature: the cut-out, the babushka doll, the mise en abyme. Quoting can mean including, generating a link between one practice and another, disturbing time. Perhaps we could think of any creative act as a loop, one turn connected to another, a gesture that repeats. Appropriating can be an act of generosity towards the past, while also expanding towards the future. Something along the lines of a thought kefir, a living organism that reproduces, creating new senses. This loop, kefir, collage is often called a library, club, affinity.

So, if we think about it another way, we think of the archive as a place of deceit, and of that deceit as the creator. We want to make a case for the disguise (for the being inside it), and approach imitation as a triumph. Sometimes, it is only by being the other(s) that we find ourselves and can, at last, have a conversation.

Marta van Tartwijk works in the development of an artistic practice. Between 2015 and 2020, she was the CA2M’s librarian, paying special attention to its “other publications” section.

Javier Pérez Iglesias is part of an international community that creates libraries. He sings badly (although he loves to do so) and is not a good dance partner (though he is always eager to hit the dancefloor). Since 2013, he programmes, writes, quotes, reads, comments and shares experiences from the UCM Fine Arts Faculty Library 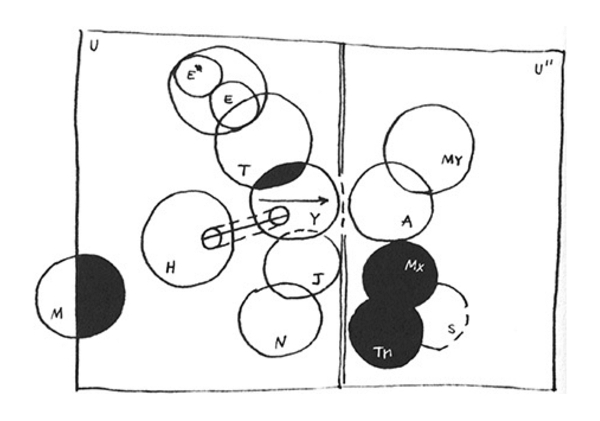