NOTICE: For reasons beyond the CA2M Museum, this event has been cancelled.

In 2016, Txalo Toloza presented the documentary theatre piece called Pacífico #1 - América es un mar con otro nombre at the second El cine rev[b]elado. The project and accompanying research into decolonial processes since evolved into Teatro Amazonas which analyses new forms of current colonialism, this time based on two gigantic cultural and sports installations in the Amazon. The installation speaks to us of two mammoth infrastructures that call Herzog to mind: the Amazon Theatre and the Arena da Amazônia football stadium. However, the intention is not to turn them into the focal point but to use them to illustrate the local bourgeoisie’s hunger for wealth, the cycle of boom and bust of industrial development in the region, and the many economic interests that favour the destruction of the planet’s greatest rainforest.

For CA2M, and for the first time in Madrid, Azcona & Toloza presents a preview, in the form of an independent cinematographic essay, of all that will take place in the Amazon Theatre and to do so the Azcona-Toloza family (Txalo, Laida and Lur) will bring on board the invaluable assistance of four guests who have previously worked on the dramaturgy with them in a workshop. The sound element of the performance will be recorded and available on a podcast in the CA2M Soundcloud.

This is the latest project by Txalo Toloza and Laida Azcona, a duo of artists with a special interest in documentary forms of theatre, the infinite possibilities of poetry and visual anthropology, low-fi video-creation, performance and movement. Their most recent creations focus on a rereading of official history and documentary creation conceived for the stage. Understanding the stage as the living room of a home, an opera theatre or the vastness of high plateau salt flats. They create projects jointly and separately and have also worked with other artists, such as the performer Sonia Gómez, the stage director Roger Bernat and the Mexican documentary theatre company Lagartijas Tiradas al Sol. 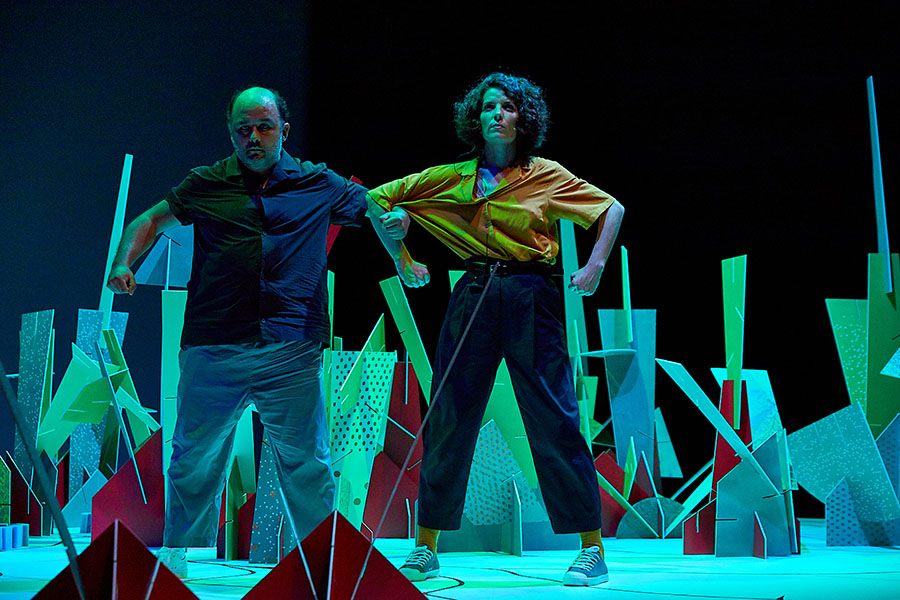 Show in agenda
No
Hora fin variable
No