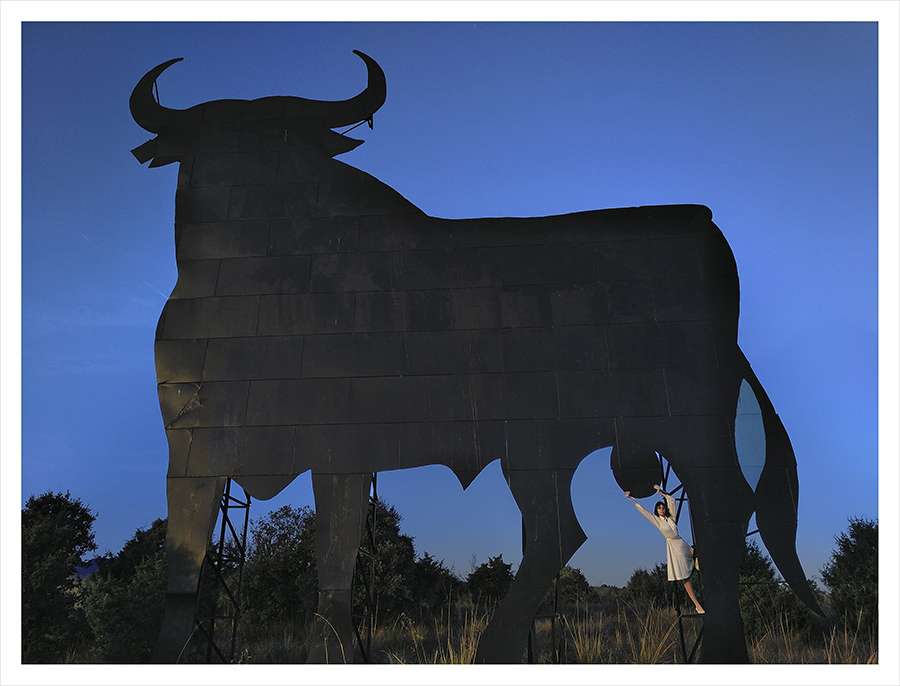 “Our prismatic world, which cannot even be neutralized by deepest black, sees the rise of beige, an impartial tone that conveys peace and calm. But beige, generally an unpopular and insipid tonality, goes much further because its mere presence manages to soften other stronger tonalities.”

Miss Beige is a radically atypical contemporary heroine: neutral, dignified, silent and armed with a hammer. In her piece Intermission, Miss Beige enacts this identification with the public, surprises it, receives it, blends in with it and even shares an intimate moment. She becomes the stranger with whom we are forced to share a cramped space. How do we change our behaviour when we are with someone else? Are we ourselves or do we hide and protect ourselves? In Intermission Miss Beige looks back at you like a social mirror in which we ask ourselves such eternally human questions about others, like: Who are they? How do I see them? Who am I? How do they see me?

Ana Esmith (Madrid, 1976) graduated with a BA in Journalism from UCM and a diploma in Dramatic Art from the International Drama School Philippe Gaulier in London. Her background in journalism and theatre come together in the field of performance with Miss Beige, her first exploration of non-verbal work. Since her inception in 2016, Miss Beige has been invited to major fairs and festivals in Spain and internationally such as ARCO, JustMad, Fundación Mapfre, Casa Velázquez, Teatro Valle Inclán de Madrid and Teatros del Canal, among others. She will be making her debut on the big screen shortly, in Rainbow the upcoming film directed by Paco León. 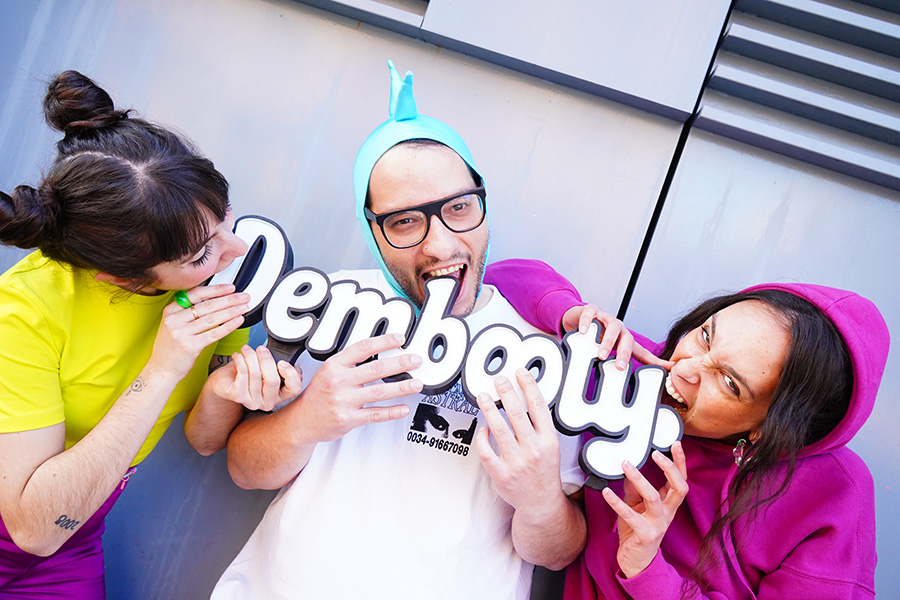 “The space we create is like a big family that grows and changes, that supports one another and generates dynamics of freedom in a safe setting. For us dance is liberating, necessary and healing.”

When twerking was almost taboo on the electronic scene, it ruled the roost in Dembooty parties, rubbing shoulders with Bass, Kuduro and UK Funky. Now that it has swept all before it and there’s a twerking party in every corner, there is a move back to the basics (remixes, edits, reworkings that turn those sounds on their head) and forward towards other more UK, experimental and rootsy rhythms. This session will be looking for a gut connection with the public in a continuous circular flow of energy.

Dembooty is CRKS290, Brava and Umami, who’ve been working together since 2019 to make the dancefloor sweat to global sounds focused on Funk, Dembow and Dancehall. Staunch defenders of dance, they bring the party with them wherever they go. Dembooty is rooted in non-conformism and experimentation, ignoring the rigid rules of conventional clubbing without reneging on quality in music. Their philosophy is based on absolute pleasure, with dance at the centre. They are so radically inclusive that their only merchandising is a butt plug with their logo. The perfect accessory for all bodies.