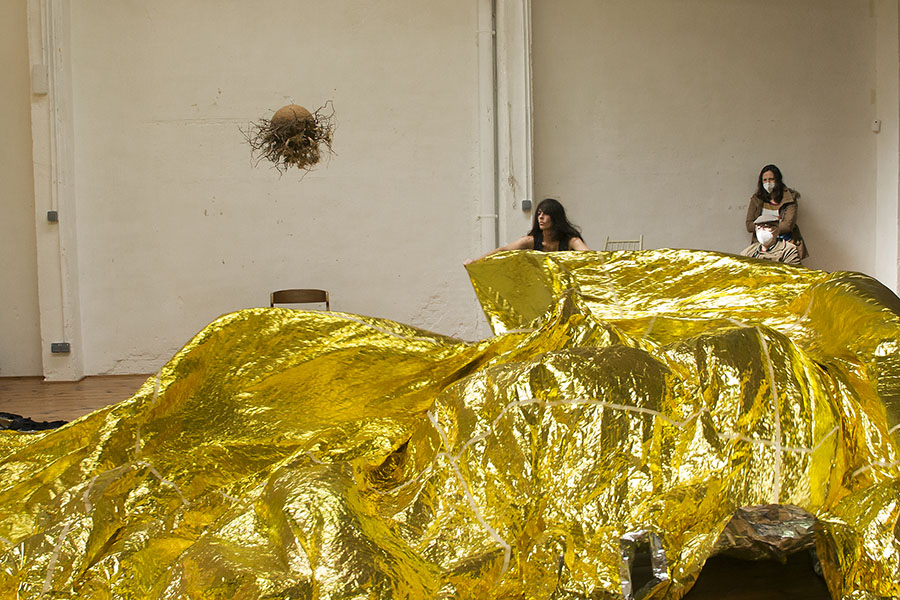 “When I verbalize a performance, I feel that language limits it and, on the contrary, action expands it. So, this new piece wishes to expand the idea of interdependence”.

On Interdependence is performance number fourteen within the series “Conversations” which Ana Matey, the artist from Madrid, has been working on since 2015. A shared trait of all these performances is an exploration of soundscapes through bodily movement and the elements the artist brings into play. Each one has its own individual theme, and on this occasion the conversation is about the idea of interdependence: that wonderful state of mutually needing one another. A performance where the concealed is revealed, the concealed is unfolded, the concealed is elevated, covering us and uniting us and who knows what else...

With a baggage of over twenty years, Ana Matey’s body of work crosses over between the fields of visual arts, performance, butoh dance and in recent years she has been exploring the world of sound in her pieces, seeking to generate a dialogue or conversation through bodily movement and the object. Her work examines the relationship between humans and nature, the search for balance between the natural and the artificial, advancing diversity and difference as values in a standardized society. Diversity and decentralization are two crucial values for the proper construction of a society or a garden. 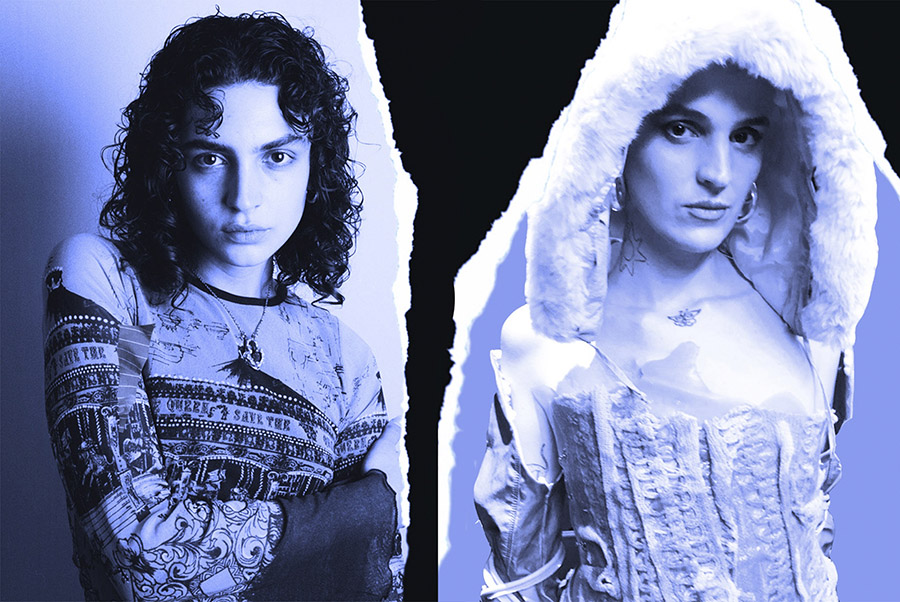 “The techno rave scene took off in the 1980s with the help of the LGBTQ+ community. The two communities have very similar values, like freedom, youth and underground culture. Our home is Barcelona, but our goal is to take Maricas all over the world”.

MARICAS is a party, MARICAS is freedom. Its founders are three women and non-binary people, two from Latin America: Eloisa Blitzer, Georgina Guasch and ISAbella. But it is also other people who believe in this music happening. JOVENDELAPERLA (Perla Zúñiga) and BERENICE (Vera Amores), the driving force behind this session, are, in the words of the collective, like an explosive mix between Darth Vader and Björk, or as if Berghain were opening a branch in Benidorm.

MARICAS came together in January 2018 to fill a perceived gap for a party that would combine electronic music and the queer scene in Barcelona. It evolved to become a record label, a platform and a community. It has travelled to over ten cities in Europe: Stockholm, Valencia, Ibiza, Berlin, Paris, Amsterdam, Tisno, Offenbach/Frankfurt, London and more, and this year it will be touring to Munich, Helsinki, Oslo, Copenhagen, Antwerp, Brussels and a number of different festivals like Body Movements, Dimensions Festival and Celebration of Live.