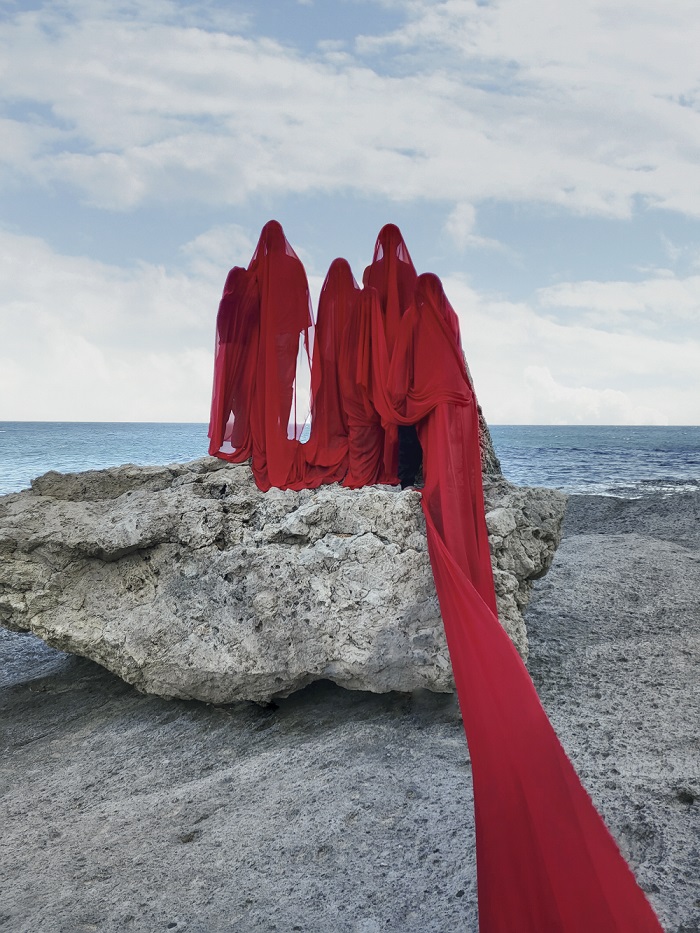 “We are going through a period of overdose of activism, of different overlapping and mutually contradicting activisms, and also of visual overdose. A context of saturation in which the causes and visual stimuli are received as noise that stops us from capturing what’s going on behind and in which the image is one of the strongest instruments of exclusion there is”.

Corpus Christi, literally meaning ‘the body of Christ’, is a Christian feast day held this year on 16 June. It celebrates the Eucharist which is the act of eating the body of Christ, of swallowing his example and, by means of this act, making God appear on Earth. Ernesto Artillo’s piece is a communion and, by definition, communion is a collective act.

The public is invited to make contact with each other through the sense of touch. By holding out your hands, without seeing, you will find another person, and, as a whole, create a divine body. Corpus will be people meeting without judging, offering their hands as safe places for others. People will be asked to make their sense of touch a safe place, thus constructing a network of welcoming and unconditional encounters that will bring about a common union, the shared body.

Ernesto Artillo (Malaga, 1987) addresses the issue of the deconstruction of identity as an approximation to spirituality, always inflected by religious imagery, political symbols and with the body as support. Among his most noteworthy projects are: Lo incondicional, a performance at Teatros del Canal (Madrid, 2021); La condición humana, a performance at Centro de Cultura Contemporánea La Térmica (Malaga 2021); Acto de Penitencia, a performance at Centro de Arte Contemporáneo CAC (Malaga, 2021); Comunión, a theatrical ritual with Marc Sempere, Niño de Elche and Erik Jiménez at the Fira Mediterránea Festival (Manresa, 2021). Since 2015 he has given chats and workshops at universities, art and design schools. 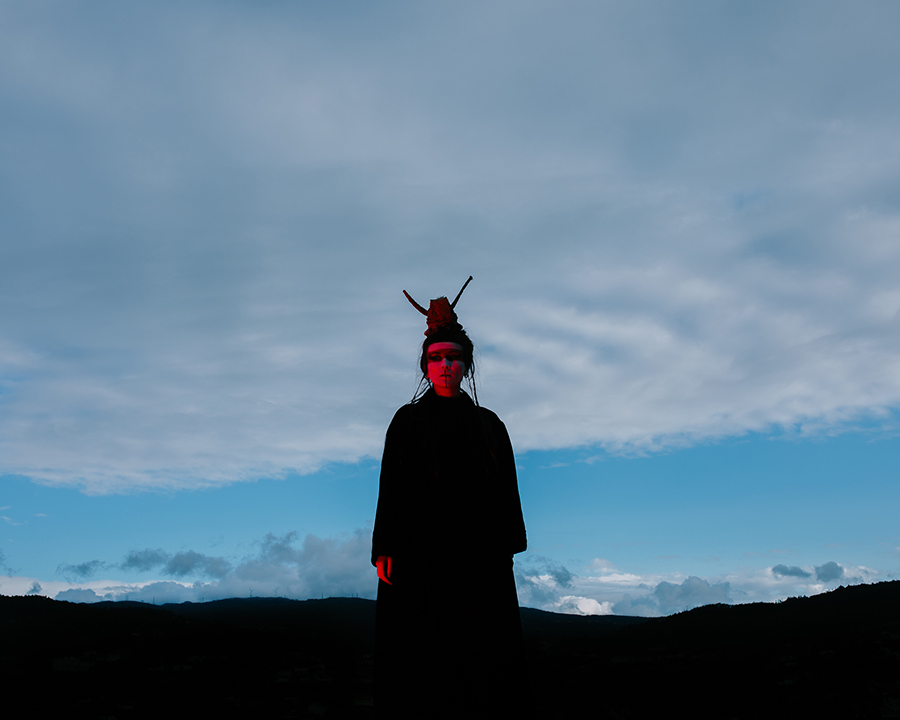 “I am interested in the lives of women who are considered mad, their special relationship with nature, with the forest, with flora, which is why it is impossible for me not to look towards tantrism, Turkish cosmology and animism”.

Ece Canli’s debut as a soloist, Vox Flora, Vox Fauna is a series of soundscapes linked by extended vocal techniques, extralinguistic poetry and a rigorous instrumental part. Ece evokes and crystalizes the union of the human, animal and natural as a mediation between the earthly and heavenly. In her songs the plasticity of the human voice, enriched by the artificialness of registers, pulsations, resonances and dissonances, is a celebration of bestial and vegetable origins and an invitation to metamorphosis.

Ece Canli is a Turkish researcher, artist and musician based in Portugal who has always been interested in demonized bodies and mental disconnection through extralinguistic expressions. She holds a PhD in Design from the University of Porto, and is co-founder of the Decolonising Design collective, a regular collaborator with other artists, creating soundtracks for performances, exhibitions and video artworks. She is currently part of NOOITO (duo with the Spanish harpist Angélica Salvi), LIVE LOW (music collective led by Pedro Augusto) and COBRA'CORAL (vocal trio with Catarina Miranda and Clélia Colonna).