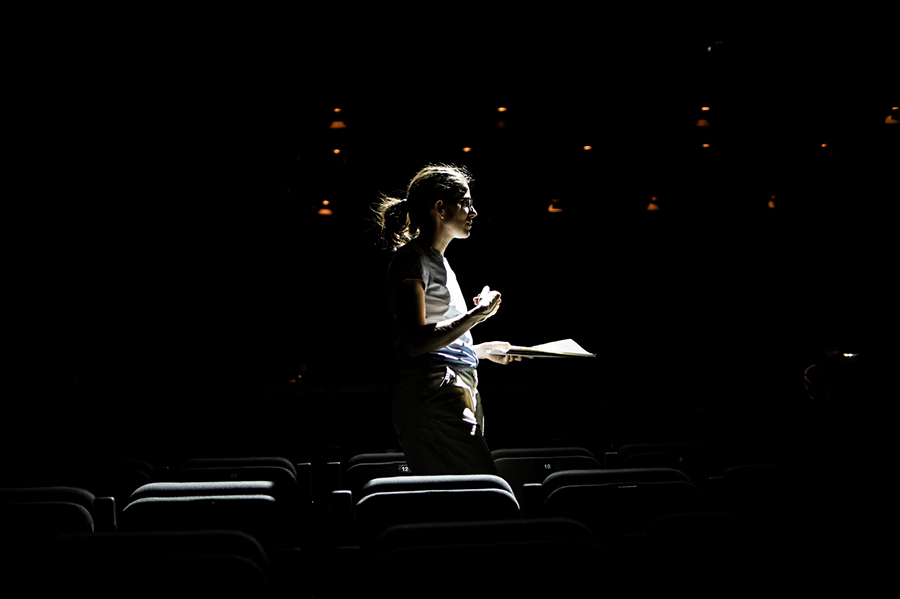 “Do you have a need that someone could satisfy but are afraid to ask them? Do you need someone to help you with a breakdown, moving house, a lift? Do you need someone to look after your sick mother while you go on your next Tinder date? Do you need someone to organise a surprise birthday party, to go with you to an endoscopy or to teach you how to dance bachata? Don’t be shy, just ask. Here at live Time Bank you can make your wishes come true (in exchange for a bit of commitment, co-responsibility and community spirit)”.

Time Bank consists in a community that exchanges needs for skills, without any profit motive or money exchanging hands. The idea lies in stretching the concept and turning it into a live event in which it is the spectators who mutually satisfy each other’s requests, in a collaborative game somewhere between an auction, a raffle and speed-dating.

A director, author, actor and producer, Andrea is deputy artistic director of the Teatro En Vilo company which she co-founded in London in 2012 with Noemí Rodríguez. With a degree in Law and a postgraduate diploma in Performing Arts from the London International School of Performing Arts, she has worked as an actor and director with renowned companies in France, Spain and the UK.

Nota: Andrea Jiménez will lead a 3-day workshop before the session. More info on workshop and enrolment shortly. 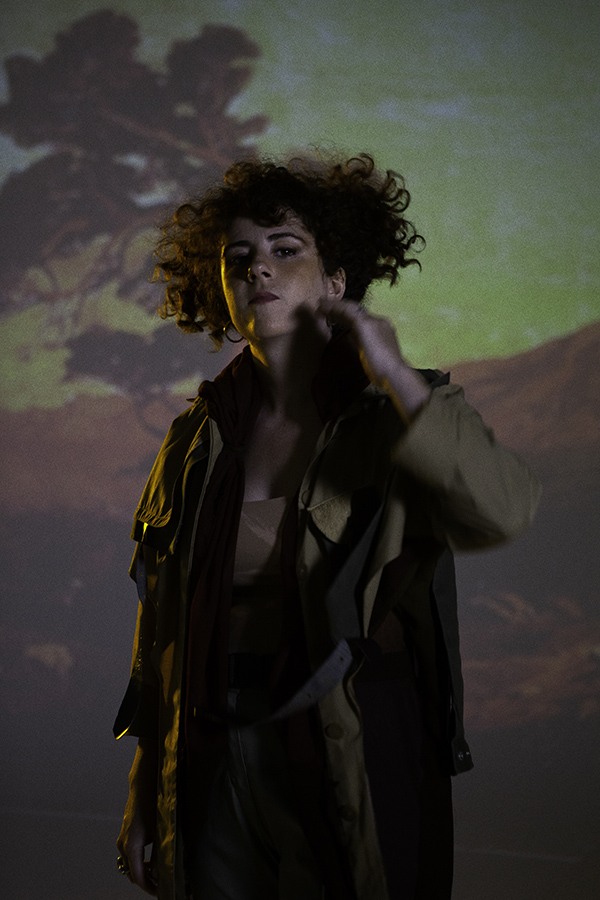 “If there is someone who the pandemic did not catch by surprise, it is those of us who have interiorized the way the world is going.”

The Decline builds from an electro-pop foundation with additions of copla, instrumental ambience and club music. The influences underpinning Caliza’s latest offering range from Franco Battiato to Yves Tumor passed through the filter of Laurie Anderson, Jenny Hval or Kelly Lee Owens.

After engaging with the civil social disobedience climate movement Extinction Rebellion, Caliza underscores the magnitude of the problem and its inextricable relationship with the economic and productive system we tend to believe is untouchable. This and much more gave rise to an album revolving around survival and the will to prevail in a world brought to the point of collapse by climate change. There are reflections on posterity, calls to embrace eco-anxiety, dystopian narratives, songs dedicated to those who accompany us on the journey, a gaze back on the past and forward to the future with uncertainty but with certain fortitude.