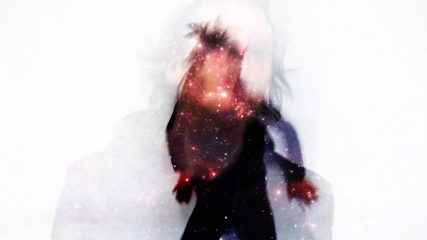 Held within the framework of the Artists in Residence programme, Acento is a two-day event presenting some of the projects conceived and developed during the 2017 programme. The idea is to facilitate a meeting place with the artists in the 2018 programme. At the event the two organising institutions wish to place the accent on ideas that arose during artistic experimentation using the body, understanding it as the social body and a political construct that produces knowledge through the senses.

Artists in Residence is a programme organised jointly by La Casa Encendida and CA2M Centro de Arte Dos de Mayo, whose goal is to support creation and experimentation focused on performative work with the body.

Moat is an experimental performance practice, a solo devised from a series of body and vocal exercises worked around a moveable iron structure (created from the recovery of different elements and typological forms of children’s playgrounds from the beginning of the last century) which acts at the same time as stage, score, and archive. Through a direct relationship between body and structure, Moat experiments, creates sounds and routes generated by body and voice, taking the bodily and acoustic behaviours of the aforementioned recreational spaces as a reference.

Moat becomes a kind of transversal space by means of a series of performances, whose sound register gives rise to audible research within a transitable iron structure.

Laia Estruch’s projects are based in the field of performance, working with her voice as a tool and place for experimenting with her artistic ideas. Her projects question the existing system of signs in oral language and their human interaction with a performative and critical approach to the use of voice.

19:30. Presentation of the publication of Artists in residence (Library)

A 50-minute stage show inspired by the idea of the electronic flicker of experimental film.

FLICKER was created during a residency at Casa Encendida and CA2M as part of the LOS40 project; Together, the two artists have created: DANCE DANCE DANCE with over 50 public performances; VIDEOCLIP; Experimento X5; and various creative exercises both for the theatre as well as for performance and image.

Aníbal Conde is a video artist and performer.
Conde works in the performing arts from a cross-section of disciplines, making experimental videos focused on the formal aspects of the moving image. His videos and documentaries have been screened at various festivals.

Magdalena Leite is a choreographer, dancer and teacher.
Leite was awarded a danceWEB scholarship from the ImpulsTanz Festival; IBERESCENA funding for creation in 2010 and in 2014 and from the Prince Claus Foundation for the presentation of Jack Taste la suerte está echada.

21:30 h. Sepa & Lara Brown: SUGA
SuGA is a confused, altered state.
A moment of hyperlucidness.
A cosmic dramatization.
A video-clip.
SuGa is a ghost.
A tone.
A pact.
You’d never think it, Windows 10 looks so well but yet if you have to go and program...
SuGA tries to entangle itself in invisible little threads.
In cramps.
Little sparks.
Those dimensions that complicate everything.

Sepa writes sentences on posters and sticks them up around the place on walls. What Lara Brown does is to utter the sentences out loud.

They both spend a lot of time wondering what kind of things happen between other people. SUGA could be a conjunction of their initials, but obviously it is not. They are texts written on paper that are introduced on stage. One after the other. All the time.

20:30. Quim Bigas: APPRAISERS
APPRAISERS is an ongoing project that explores formats engaging with choreographic activations that revolve around the idea of value, attention, order and/or the present. During the residency, he conversed with a wall and its possible constellations based on the excuse of NAMING. Naming inasmuch as something that points, that shoots, that moves, that is instantaneous, that signals, that accumulates …

Quim Bigas works with choreography, dance, and the performing arts. Through processes mixing informational procedures and exploring movement he engages with notions and reflections on commitment, value, format and performance.

19:00. Anna Moreno. THE DROWNED GIANT
A happening took place in Moratalaz (Madrid) in 1970 to promote La Ciudad en el Espacio, a utopian residential project by the architect Ricardo Bofill. The event was never documented, and the project itself was never built. Last 7 June, the artist Anna Moreno repeated the happening in the same place as in 1970.

Anna Moreno, together with the blues expert Ramón del Solo (among others), will present the publication The Drowned Giant, a LP with a sound recording of this process of restitution, the only existing documentation of the event. The record contains eye-witness accounts by Gila Dohle, The Downtown Alligators, Enrique Doza, Peter Hodgkinson, Anna Moreno, JC Ramone, Toti Soler and Ramón del Solo, among others. The publication will also include a score with fiction stories written by the architects Paula Currás & Havi Navarro, the curator María Montero, the blues expert Ramón del Solo and the artist herself. The presentation at once will be a prologue for the Moratalaz Blues Factory festival.

The presentation will be followed by a concert by The Downtown Alligators, a local rhythm and blues band who have been playing in Madrid and around Spain for over ten years.

The publication has been produced with the support of Barcelona Producció'17, La Capella / Institut de Cultura de Barcelona, and tutored by Latitudes (Mariana Cánepa and Max Andrews).

The presentation is supported by Acento, the Moratalaz blues festival, Experimenta Distrito (Medialab Prado) and the Junta Municipal de Moratalaz.

Anna Moreno is a visual artist who works between The Hague (Netherlands) and Barcelona. She is currently a teacher in Artistic Research at the Royal Academy of Art in The Hague and is a co-founder of the Helicopter art initiative, a space for experimentation and the exchange of knowledge.

On 25 June 1995, Vicente Arlandis Ruiz, a resident of Ibi (Alicante), was arrested by the Guardia Civil. He was under investigation for the murder of María Lidia Bornay Bernabeu, an 84-year-old woman also from Ibi. It was Vicente himself who had reported her disappearance four days earlier when María Lidia did not answer his calls. When the Guardia Civil entered her home, they discovered her corpse with multiple signs of violence. Vicente Arlandis Ruiz was accused and finally declared guilty of the murder. He was sentenced to 29 years, 6 months and 1 day of prison. He fulfilled his sentence in various prisons in Spain for 13 years, 7 months and 10 days.

This project wishes to construct a new story and a new version of the facts. It wishes to recover and question the form and multiplicity of the stories that arose around the incident; to start off from the coldness and purported objectivity of the court proceedings and to explode it into a thousand pieces. And to recover our history in our own way. This project wishes to construct a kind of new innocence. Not as much one decreed by the judicial system (which we are still calling for today), but the innocence that could be materialised (renovated, amplified) by the performative act.

Vicente Arlandis is a stage creator, investigator and teacher. From 2001 to 2015 he worked with Sandra Gómez on the project Losquequedan where they created many artistic projects like the series Borrones, Thank You Very Much, Tragedia de los Comunes, among others. At the current moment he is participating in the collective project TALLER PLACER alongside Mariví Martín, Miguel Ángel Martínez and Paula Miralles.

Admission free until capacity is reached, with the exception of the session with Vicente Arlandis.