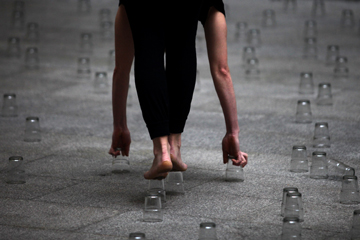 This year’s projects focus on research, process and a questioning of the limits of performance.

Artists in Residence is conceived in conjunction with the programming of La Casa Encendida and CA2M. For this reason, the chosen projects dovetail with the two art centres’ policies of research and experimentation. As such, Artists in Residence is not conceived exclusively to fund production, but rather it is viewed as an opportunity to strike up a dialogue between artists and the agents associated with the two institutions and their respective programmes.

The projects chosen for the Artists in Residence 2015 programme are:

Alejandra Pombo. It’s Called Listen is a film based on a performative process in which the artist is both creator and performer of the work. The film is like an odd combination of Woody Allen and Chaplin, yet taken as a whole it is completely different, as the artist is in the image instead of activating it. Using a home camera, without a script or film crew to ensure the freedom and independence to make the most of the circumstances and the possibilities of the moment, the film was conceived as a succession of images and actions that explore a narrative through various layers of reference that intertwine around the basic formal idea of the hole. A hole is an opening that enables a subjectivity to arise in relation to the different. When there is a hole, there is something waiting to emerge. When a hole moves, a surface is invented. "I want to turn a film into a sieve as a kind of opening that strengthens the transformation of the relationship between the spectator and the film that we are used to." 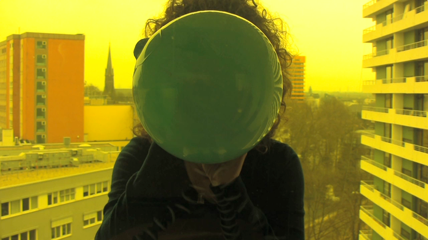 Ignacio de Antonio. Unperformanceaperformance is research in progress in the form of a series of performance pieces. Its goal is to explore how performance, or performativity, operates in the relationships between body, space and time inasmuch as a social mechanism. It poses a number of questions, in the guise of a suite of pieces, developed through critical practice, where the work asks questions about performance, the theatricality of ‘the real’ and practice as art research. Underlying the whole process is the question of our unavoidable condition as spectators. 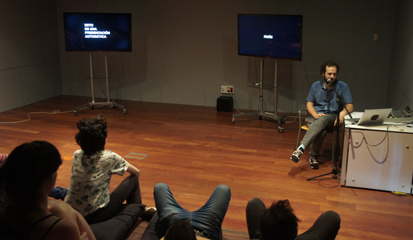 Los bárbaros: Miguel Rojo & Javier Hernando. We are born into a political model that, now that the twentieth century is over, seems set to be profoundly fixed throughout the rest of our lives. Those of us who were born more recently did not live through the rise and fall of the great socio-economic movements: neither fascism nor communism. We were born, grew up, reproduced and will possibly die under the same political system. Our era is not sufficiently agitated. With the collapse of ideologies, all we can do is bring into question governmental bodies, which in turn are bound hand and foot to undertake their mission of governing. We march to the drum of the economy. How can we break down the solid pillars of a political model? Who builds them, an 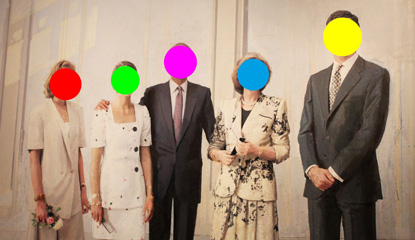 Marisol López Rubio. Las palabras y los cuerpos: My Favorite Things is a process of performative research into the philosophy of language applied to the stage. It wishes to come up with practical responses to questions on the uses, affects and games of language, and to analyse representation, speaking, classification, change and play as possibilities of language and to then transfer them to the stage, translating them into theatrical language. And it wishes to bring into question the role and position of the body within this process. It wants to rename everything from the body, to discover the affects of language in space, to overstep the limits of the possible of what we can name with words. www.ololoololo.com 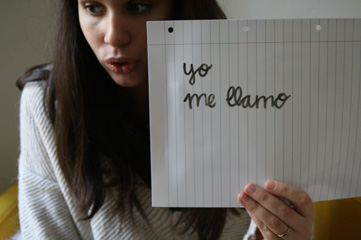 How to directly and vehemently shit, musically speaking, on all that is supposed to be inherent to living but which strikes us as limiting as living beings.  Poderío vital presents mecagüen (the I-shit-ons)
Poderío Vital. Oscar Bueno & Itxaso Corral

Silvia Zayas. El puente de Farim no existe is a performative piece that explores the fictions of the former Portuguese colonial empire and the relationship of one of the former colonies with current capitalism. Mixing fiction and documentary, it weaves a mechanism that is based on a kind of choreography that mixes light, sound and editing, opening up narratives to the future and even science fiction. It is based on an anecdote about a bridge in the province of Farim (Guinea-Bissau) where fiction is mixed with reality, through a radio broadcaster known as María Turra.

This work is part of a body of research, already including a series of previous works like Ballets Roses, São Tomé Revisitado or Pêro Escobar vs. Elvis Presley, into Portuguese colonialism which was undertaken from the point of view of family memory, but which aspires (never) to be chained to it. The familial quality of this series of works is just the spark to ignite performative and audiovisual works somewhere between fiction and documentary. "I’m not only interested in historical research, and a search for precarious or absurd connections with the present, but at once I am looking for ways of taking documentary to different performative mechanisms for working in a time and space shared with spectators (something that film does not apparently allow)".

Terrorismo de autor. The Terrorismo de autor collective will be working on a hybrid piece, an "overflow of the screen" that requires transferring its audiovisual (documentary, advertising, essay) practice as well as its own referential universe through performative bodies and mechanisms that relate and confront the very space of representation with the public. The body of the piece and the experience proposed to the spectator are conformed of three dimensions. A shift from the anaesthesia of the Spectacle, which colonises revolutionary territories and imaginaries, passing through its collapse due to the acceptance of suffering and humiliation inflicted by the mass media and working conditions, until arriving at the emptiness where determination is possible: collective delirium and the subsequent abolition of representation.

Terrorismo de autor is an anonymous-delirious collective founded in 2012. Their audiovisual pieces with a political and social character propose an aesthetic and ideological remake of May 1968 in the present moment. Combining humour, virality, activism and nouvelle vague, they engage in revolutionary actions that are neither violent nor pacific, but creative. 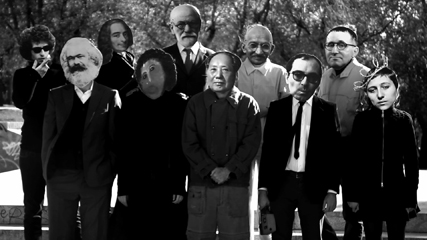 Artists in Residence is a joint programme funded by La Casa Encendida and CA2M. Its goal is to support creation within the field of dance and work with the body from other disciplines, offering artists space to experiment and to present their proposals.

Artists in Residence is conceived to complement the programming of La Casa Encendida and CA2M. Therefore, the projects that best respond to the two centres’ policies of research and experimentation will be taken into consideration. This programme is not solely aimed at funding production, but instead is an opportunity to strike up dialogue between artists and the agents working with the two institutions and their respective programmes.