At CA2M, we believe that attention to gender diversity should be central to the programme of any contemporary art museum. This new pandemic year marks 40 years since the emergence of HIV, and touching has once again become something forbidden. This is why this project by choreographer Aimar Pérez Galí seemed a particularly apt choice to open LGTBQ+ Pride’s spotlighted week of demands, to which our programming tries to give voice and, above all, body in a sustained way throughout the year.

When you start with a creative process, you never know where the path will lead. That is why we say that the act of creation is a kind of dialogue with the unknown, a close relationship with that of which we are unaware. In 2015, when Aimar Pérez Galí first began work on his project The Touching Community, he only knew that he knew too little about the impact of the AIDS pandemic on the dance community. He embarked on a project of research, seeking out survivors, reflecting and questioning himself, reading and writing letters to the dead dancers whose names and stories he learned. This was his way of confronting the silence that, over the years, has been used to conceal and forget the horror and pain caused by that pandemic, which still continues today. The project grew and branched in surprising directions as Aimar encountered people and their stories, as silenced names were spoken by the mouths of witnesses, as he received answers. First came the lecture-performance A system in collapse is a system moving forward (2016); then the stage performance The Touching Community (2016); followed by the exhibition The Touching Community / Correspondencia and the active work The Touching Community / Greenberg_1992, both in 2017. Next came the tactile research laboratories of the Touching Improvisation Lab (2017-2020), followed by the publications Lo tocante (2018) and Cuadernos sobre el tocar (2019). Finally, in an unexpected and almost surprising contribution, he released the video Touching Blues (2021) during the new pandemic.

Touching Blues, like the rest of the project, is made for commemorative reasons: we keep doing these things, we keep returning to the topic, because we still need to remember, listen to and celebrate the bodies of those who suffered and suffer from HIV/AIDS.  Blues is a laid-back, melancholy kind of music. And blue anchors the chromatic universe of this work of art. We learned about this blue from Derek Jarman and his ‘blue boys’; although this blue has something sad about it, strangely enough, it also has a bright, festive and celebratory note.

Before, we clung to living things and the inevitable vanishing that gives dance its natural quality because that is what allows us to relate directly to the bodies of the dead and to celebrate them through our skins. But now, given everything we are learning with this new pandemic, suddenly video - the ability to transform our bodies into a playable image - has taken on a whole new meaning.

Touching Blues is a two-dimensional image projected onto a vertical plane. This does not have all the complexity, infinite variety of points of view and foci that are possible with a live performance. It condenses all the multidimensionality of the present into a perfect square that appears to hang on a wall like a painting, like a two-dimensional image that can appear over and over again identically. Here, our bodies become patches of light that move on a screen, hypnotic textures that make us see what is no longer there, what has already happened and is already gone.

To do this, we first had to establish a single point of view; this point, suspended above our bodies, allowed us to see ourselves from above, an impossible spot from which no one had ever observed us before. But that was not enough; once our bodies became an image, pace Jackson Pollock, we had to once again ‘hang’ the (blue) floor that we had used as the ‘sand’ base of the action on the wall. In a way that might be called innocent, we have hung the picture on the wall once again, bringing a strange peace to it. It appears almost as if the time for struggle were over, as if a deep and unexpected calm had settled over the whole project once its weight was lifted off the ground.  It seems, therefore, that the rotation of the point of view and the shift to a vertical plane have given Touching Blues the ability to create a type of contemplation that almost becomes a subtle form of devotion. All of this only deepens the memory-focused nature of this project and our decision to honour and celebrate the bodies that came before us, those who were mortal victims of what we still call the ‘HIV/AIDS epidemic’ today. This mission took on a new shape thanks to the appearance of this new work and, of course, thanks to the Cultural Communication Bureau of the Universidad Nacional Autónoma de México through the following: El Aleph - Arts and Science Festival; Ingmar Bergman Special Programme in Cinema and Theatre; the UNAM Theatre Department; the UNAM Dance Department; the Chopo University Museum; and thanks also to the Espai d'Arts Escèniques Casal d'Alella (Barcelona). To them we extend our deepest gratitude for inviting us to continue imagining new dimensions of this project, a project that has done nothing but bring joy, happiness and knowledge to our bodies.

In late 2015, the Spanish choreographer and performer Aimar Pérez Galí began to study the impact of the AIDS epidemic on the dance community in Spain and Latin America. The resulting work, which makes use of the practice of ‘contact improvisation’, was built as a conversation with the ghosts of those who are no longer with us. This year, in which we are in the midst of a new pandemic, marks 40 years since HIV’s first emergence; once again, touch has become forbidden. This fact brings a fresh relevance to this project, which first took shape at a performance workshop for teachers at CA2M three years ago. 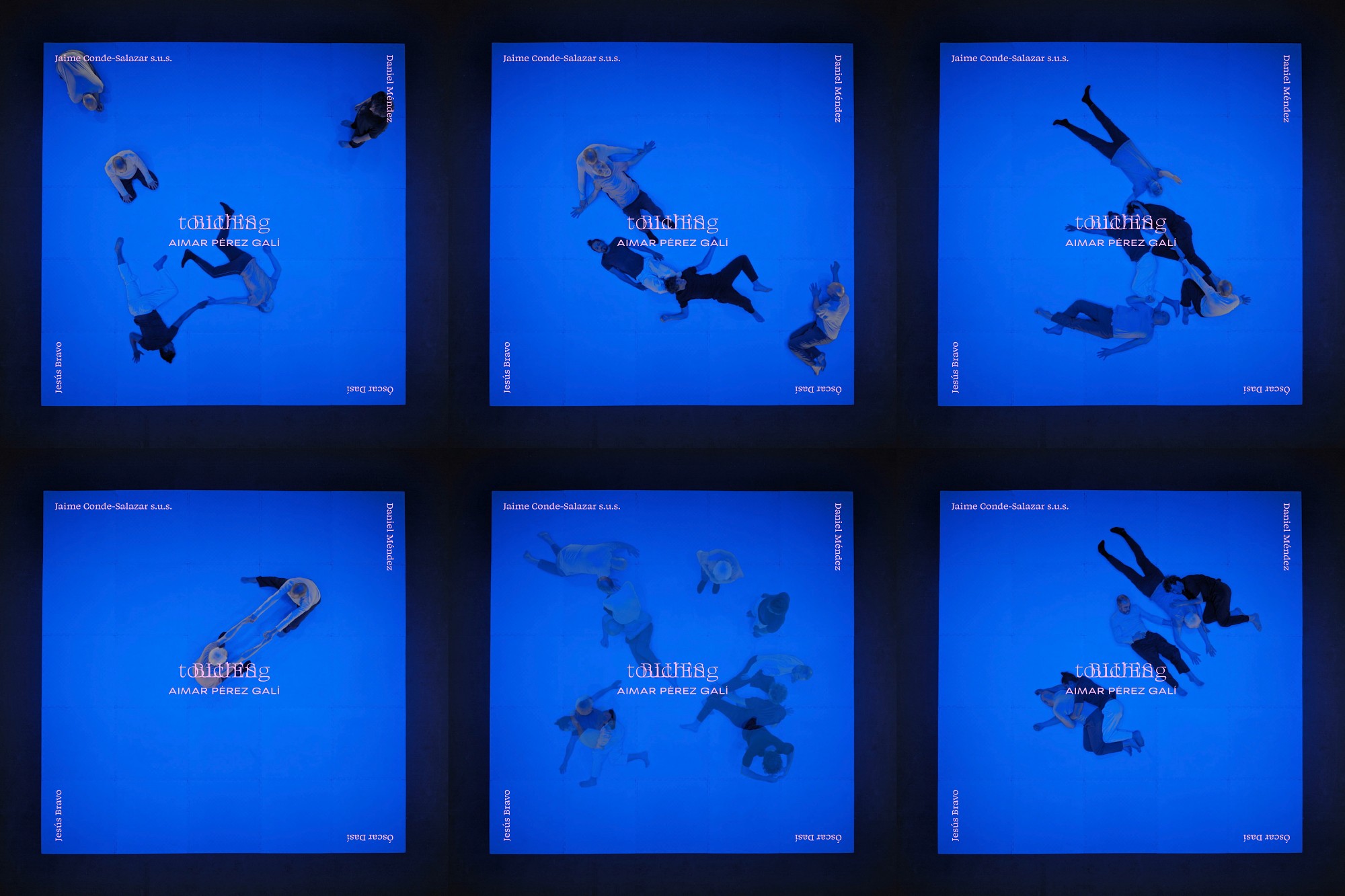 3_Eras, the only text by José Luis Brea that had not been published until now, consists of a script which came about from the film version of the book Las tres eras de la imagen. The film by María Virginia Jaua and José Luis Brea includes sound and visual images, and the participation of the author and some philosophers like Jean-Luc Nancy and Jacques Rancière. It is an essayistic work in two senses: firstly, an essay of thought, written and spoken ideas; secondly, an essay on the form that these same elements take on the screen. This book and this film, to which the Spanish theorist dedicated the final years of his life, are also a tribute to his memory almost a decade after his passing.

The ideas and reflections that José Luis Brea developed are still valid today, and some of his ideas are surprisingly visionary. The result is a singular text within the theoretical output on visuality in Spanish, inviting us to adopt an emancipatory stance implicit in the act of the historical undertaking to recover what has remained latent as an unfulfilled promise; not because it is utopian or untimely, but because it is always on the verge of announcing its arrival, marking the yearned-for moment of a new starting point...

The project for this book came about thanks to the joint work of Centro de Arte Dos de Mayo from Móstoles and the Chilean publishers Metales Pesados. This conjunction of interests vouches for the importance that José Luis Brea’s work had and indeed continues to have for Spanish readers and the positive critical reception his books and thinking have enjoyed.

CA2M is carrying out a project to support the publication of previously unpublished theory and artist books in Madrid, and to this end it is collaborating with different publishing houses.

3_Eras, the only text by José Luis Brea that had not been published until now, consists of a script which came about from the film version of the book Las tres eras de la imagen. The film by María Virginia Jaua and José Luis Brea includes sound and visual images, and the participation of the author and some philosophers like Jean-Luc Nancy and Jacques Rancière. This book and this film, to which the Spanish theorist dedicated the final years of his life, are also a tribute to his memory almost a decade after his passing. 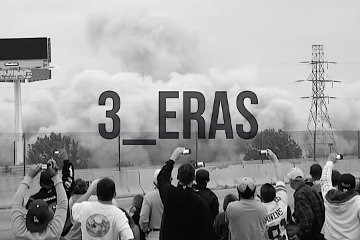